How Coffee Can Help You Live Longer

A new study published in the journal Circulation found that regular coffee drinkers—people who drank less than five cups of coffee in a given day—have a lower risk of dying early from a number of different causes.

That doesn’t necessarily mean that coffee is the answer to longevity. But the researchers found that those who drank coffee on a regular basis had a lower risk of dying during the study’s 30 year follow up from problems such as heart diseases, diabetes, brain conditions and suicide. The findings only show a link, and cannot confirm that coffee is directly responsible for the reduced risk of death from these causes, but the scientists report that the many compounds in coffee are known to help lower insulin resistance or inflammation, which could result in better health.

MORE: You Asked: Is Coffee Bad For Me?

The researchers studied several large groups of people totaling 208,500 men and women. They asked the volunteers about their coffee drinking habits every four years for the three decades. The connection between coffee consumption and a lower death risk was even more pronounced among people who never smoked.

The researchers admit that the self-reports of coffee consumption aren’t completely reliable, and the study was not designed to find a direct health benefit from coffee. But, they argue, the link deserves more research to understand what might be driving it, since previous studies have isolated some potentially beneficial compounds, from antioxidants to inflammation fighting agents, in coffee. Interestingly, the researchers found the lower risk of death was similar among people who drank caffeinated as well as decaffeinated coffee. That suggests, the researchers write, that “other components in coffee besides caffeine might play a beneficial role mediating the association between long-term coffee consumption and risk of mortality.”

The results are only the latest in a rehabilitation of coffee. For many years coffee was deemed unhealthy. As TIME previously reported, much of that concern came from research in the 1970s and 1980s that linked coffee to higher rates of cancer and heart disease, but didn’t account for the fact that coffee drinkers are also more likely to smoke, possibly drink and engage in other behaviors that contribute to cancer and heart problems. More recent studies that account for these factors are starting to find the opposite, showing that coffee drinkers might have a slightly lower mortality risk. As with any food or behavior, however, it’s all about moderation. As long as you’re not overdoing it, says the study authors, “results from this and previous studies indicate that coffee consumption can be incorporated into a healthy lifestyle.” 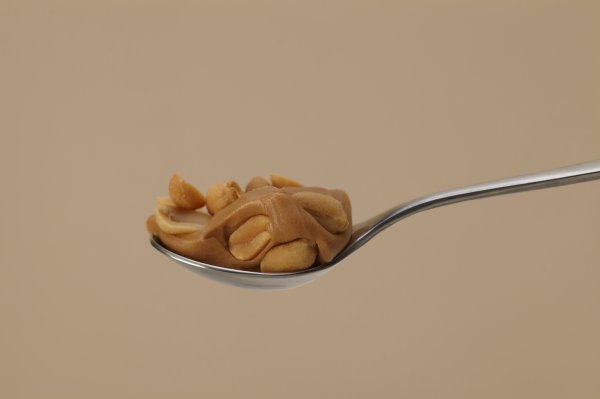 Why a Senator Wants the FDA to Investigate Caffeinated Peanut Butter
Next Up: Editor's Pick