Charlie Hebdo on Paris Attacks: 'We Have the Champagne!'

PARIS — Satirical magazine Charlie Hebdo on Tuesday published a defiant message on its front cover to those behind the Paris massacre that killed 129.

The weekly magazine, itself the target of a deadly terrorist attack in January that left 12 journalists and cartoonists dead, released its first issue since Friday’s deadly attacks.

It pictured a man drinking next to the slogan: “They have weapons. F*** them. We have the champagne!”

The cartoon echoed the comments of Charlie Hebdo cartoonist Joann Star, who wrote after Friday’s evening’s attacks that Paris “about life” rather than religion. “Our faith goes to music! Kisses! 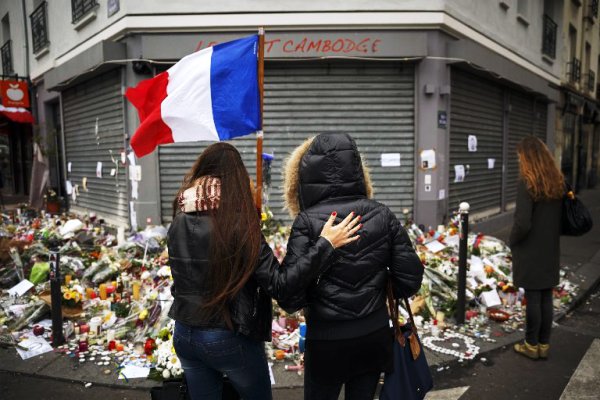 This Is the Latest on the Manhunt for the Paris Attackers
Next Up: Editor's Pick