Microsoft Is Doing Something Really Smart With Minecraft

So this may be what, when Microsoft paid a bazillion dollars for Minecraft last year and everyone said “This could go really, really well or really, really poorly,” would be an example of it going pretty darned well: Microsoft is joining hands with Code.org (the diversity-focused nonprofit aiming to massively popularize computer science) to bring Minecraft to a major coding event next month.

That event, dubbed “Hour of Code” and set to celebrate its third anniversary, is Code.org’s annual push to “broaden global participation in computer science.” It’s held as part of Computer Science Education Week from December 7-13, another computer science popularization program originally run by the Computing in the Core coalition, led by Code.org for the first time this year.

The Minecraft angle involves a free online coding tutorial designed for kids six and up. Click the link and if your child knows anything about Minecraft, they’ll instantly recognize the whiskered face in the three-minute video: Jens Bergensten, or “Jeb” as he’s popularly known, connecting the dots from his foray into programming as a kid to his role today as Minecraft‘s creative lead at studio Mojang in Stockholm.

Over the course of about an hour, the tutorial helps kids understand the basics of computer science by showing them how to get Alex or Steve–the closest thing Minecraft has to female and male leads, respectively–to traverse a simulated 2D swatch of a Minecraft world (imagine the camera positioned above the world looking down). Instead of typing in text, kids use a tool called Blockly, a Google project that represents lines of code as blocks, making it easier to visualize how commands and loops and logic statements fit together.

The tutorial’s 14 puzzles increase in complexity and involve doing things like getting Alex or Steve to move toward a tree and harvest wood. Once a puzzle is solved, the tutorial pulls back the curtain to reveal the lines of text that comprise the actual JavaScript program.

I’ve fiddled with a bit of the tutorial, and can say it seems very cleverly paced, breaking concepts up into a few puzzles at a time, then pausing for video explainers (by other Mojang employees) that build on what’s been learned to introduce new or more efficient ways of approaching the next programming idea.

All told, it’s an easy idea to get behind, a more than worthy way to grow your child’s fascination with Minecraft into a set of skills that both undergird and encompass one of the most creative mediums in the world. 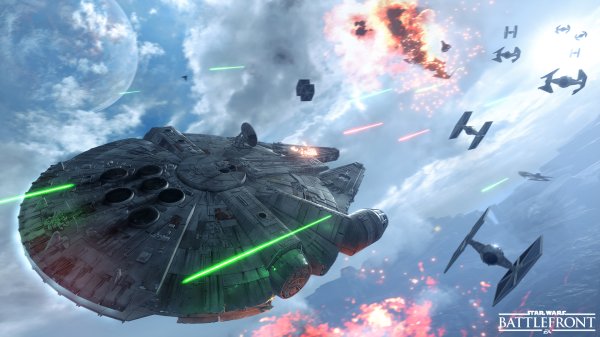 Star Wars Battlefront Review: The Next-Best Thing to Being in Star Wars
Next Up: Editor's Pick