Officials believe Abdeslam rented a VW Polo that was discovered with machine guns inside close to the Bataclan Theater, one of the principal targets of the coordinated bomb and gun attacks that together claimed 129 lives. He is currently the subject of a multinational manhunt.

Islamist group the Islamic State of Iraq and Greater Syria (ISIS) has claimed responsibility for the bloodshed and raids are ongoing in France and Belgium to root out suspected terrorists. Increased scrutiny has been placed on Molenbeek, a neighborhood of Brussels seen as a hotbed of Islamic extremism.

Belgian police say they’ve arrested a total of seven people, including Salah’s brother Mohammed, who was also allegedly involved in the attacks, the BBC reports. Another brother of Salah’s, Ibrahim, was one of the suicide bombers in the attacks.

France’s Interior Minister said police conducted an additional 128 raids on Tuesday morning, according to Agence France-Presse. A total of 168 raids took place around France on Monday. 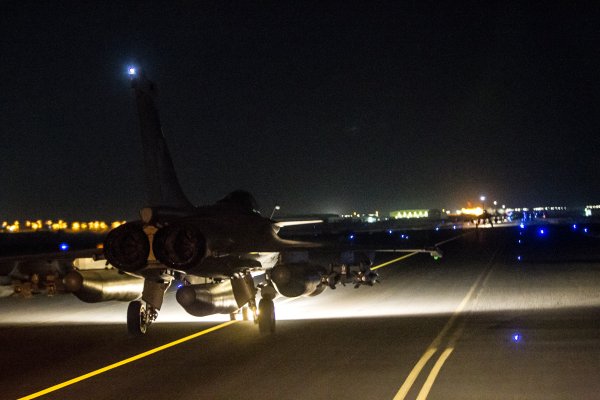 France Carries Out Fresh Round of Air Strikes in Syria
Next Up: Editor's Pick