Kerry was in the French capital to meet with French President François Hollande and has offered American support in the wake of the attacks, the BBC reports.

ISIS, which controls large swaths of territory in Syria and Iraq, has claimed responsibility for the assaults carried out with automatic weapons and suicide bombs. They targeted a packed concert venue, an international soccer match and restaurants.

In a speech on Monday at the U.S. embassy in Paris, Kerry dismissed the notion that the battle against ISIS was a clash of civilizations. “They are in fact psychopathic monsters,” he said. “There’s nothing civilized about them.”

Kerry also said the U.S. and France would step up intelligence sharing. France has already launched retaliatory air strikes on the Syrian city of Raqqa, an ISIS stronghold.

“Your American sisters and brothers will stand with you shoulder to shoulder as we have stood together throughout history. Tonight we are all Parisians,” he said. 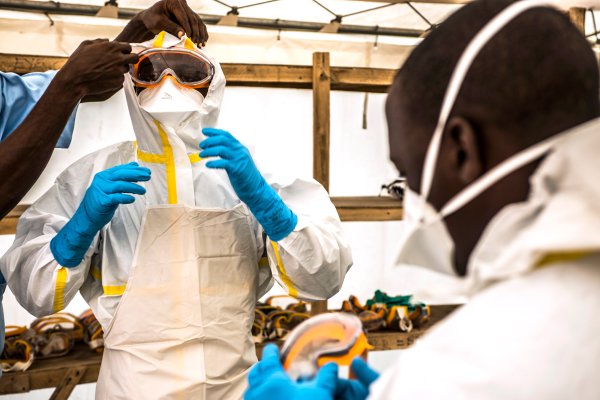