China Still Has the World's Most Powerful Supercomputer

China leads the world once again when it comes to supercomputing.

The country’s Tianhe-2 (or “Milky Way-2”) supercomputer is the most powerful machine in the world, according to a list of the top 500 supercomputers compiled by researchers from institutions like the Lawrence Berkeley National Laboratory and the University of Tennessee, Knoxville.

This makes for the sixth straight time China’s supercomputer has topped the biannual list from the Top500 organization. The list also shows that China now has 109 of the world’s 500 most powerful supercomputers, or almost three times more than in the last report six months ago.

Meanwhile, the Unites States has 200 supercomputers on the list, which the authors said is the “lowest number of systems installed in the U.S. since the list was started in 1993.” The authors didn’t address why this may be. But it could be related to the rise of cloud computing, in which organizations can buy computing resources on demand from companies like Amazon and Microsoft. Companies and researchers no longer need to own a computer to be able to crunch large amounts of data.

Still, the U.S. aims to eventually lead the world in supercomputing. Last fall, IBM said it would develop two new supercomputers, dubbed Summit and Sierra, for the Energy Department that will be more powerful than China’s Tianhe-2 machine. However, those supercomputers won’t be ready until 2017.

Additionally, President Obama signed an executive order in July calling for the U.S. to create the world’s most powerful supercomputer under the National Strategic Computing Initiative. The Energy Department, Defense Department, and the National Science Foundation will lead the push. There’s no deadline for when the supercomputer will be complete, but initiative members are expected to give annual updates on their progress over the next five years. 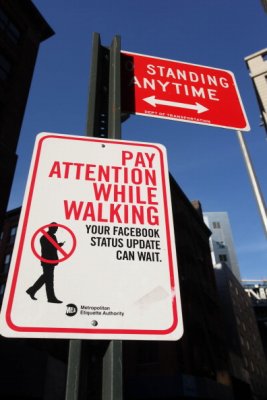 The Benefits of Taking Time Off From Facebook
Next Up: Editor's Pick