Canadian Liberal Party leader Justin Trudeau smiles at the end of a press conference in Ottawa on Oct. 20, 2015, after winning the general elections
Nicholas Kamm—AFP/Getty Images
By Joanna Plucinska

In a mandate letter written to Wilson-Raybould, published on Friday, Trudeau asked her to collaborate with other ministers to “create a federal-provincial-territorial process that will lead to the legalization and regulation of marijuana.”

But challenges involving the regulation of edible marijuana, and drug-impaired driving, could still hinder the legalization process, Lewis Koski, Colorado’s director of the Marijuana Enforcement Division, told the CBC. Colorado is one of four U.S. states where recreational marijuana use has been legalized. 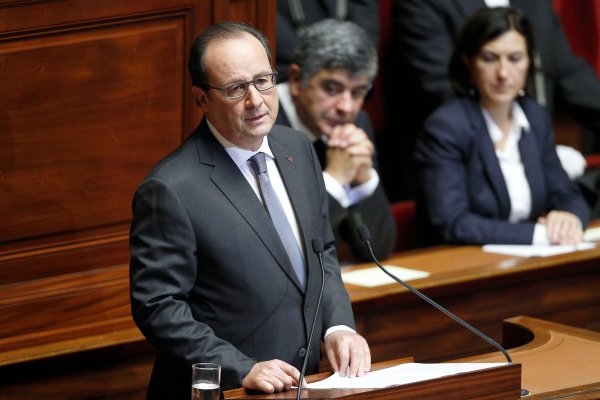 Hollande Says 'France Is at War' With ISIS
Next Up: Editor's Pick