Even though the newest Star Wars movie is still a month away, toy and videogame makers say their gear tied to the newest episode is already a big hit.

“We think Star Wars is performing at a very strong level—at the high end of our expectations,” Hasbro CEO Brian Goldner said Monday at an investor day presentation.

Hasbro, which makes toy lightsabers, Nerf blasters, and action figures is trying to catch up, Goldner said, by stocking more inventory at retail stores, with expectations that Star Wars Episode VII: The Force Awakens, due out a week before Christmas, would also boost demand well into 2016.

“Over the next five years, there will be more Star Wars entertainment than in the past 30 years,” Goldner said. He expects the brand will sell well worldwide, citing Star Wars franchise parent Walt Disney’s success at making brands truly global hits. The toy industry overall is expected to see its strongest performance in a decade, thanks to Star Wars. The 2015 success builds on a strong performance last year, when Walt Disney’s princess film Frozen generated strong sales for the industry.

Electronic Arts is also getting a big boost from Star Wars. When the videogame maker reported quarterly results late last month, it raised its expectations for the $59.99 Star Wars Battlefront title, saying it expected to ship about 13 million units during the year. The beta version of the game was reportedly “exceptionally well received by players.”

Investors are lauding their praise on both of the company’s stocks. Hasbro’s shares have soared 59% year to date, while EA is up 41%. The Standard & Poor’s 500 index is roughly flat for the year. 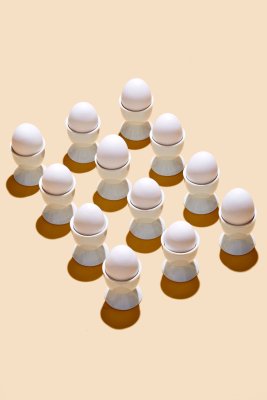 Taco Bell Will Switch to Cage-Free Eggs
Next Up: Editor's Pick