Brother of Suspect in Paris Attacks: 'He Is a Normal Person'

The brother of a man suspected of helping carry out the deadly terrorist attacks in Paris on Friday denied involvement with the violence and insisted that his brother, still at large, is “a normal person.”

Mohamed Abdeslam, who is the brother of suspect Salah Abdeslam and was detained by police over the weekend, told reporters from his home on Monday, “I cannot tell you why, I cannot tell you how [they did what they did],” the Associated Press reports. He also did not know the whereabouts of his brother or whether his sibling would turn himself in. Another brother, Brahim, was identified as one of the suicide bombers who attacked on Friday, the Washington Post reports.

When asked if he noticed anything unusual about his brothers before the attacks, Abdeslam said, “Absolutely nothing. Two brothers who act normally.” He elaborated: “You must know that [Salah] grew up here. He studied here. He is a normal person. I cannot tell you more than that.”

Abdeslam also asked the media to be considerate of the rest of his family, who he said were in shock and “don’t quite realize what has happened.” “We are indeed thinking of the victims, the families of the victims,” he concluded. “But you also have to remember that we have a family, we have a mom, and he remains her child.” 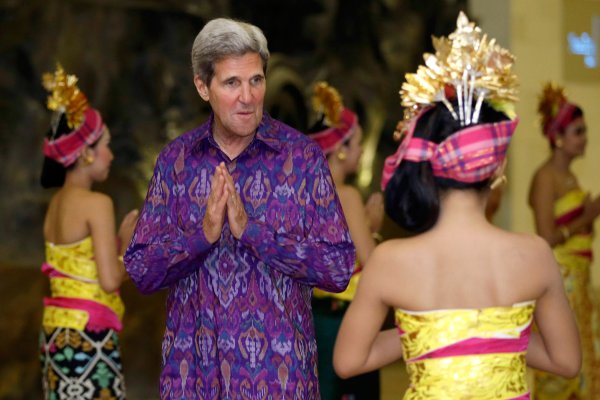