The Belgian man now accused of organizing Friday’s attacks in Paris on behalf of ISIS was already on the radar of security officials in Europe, who identified him earlier this year as the militant group’s handler in what an alleged plot to attack police in Belgium in January. The French authorities named Abdelhamid Abaaoud, 27, as the key organizer of the Paris attacks on Friday night in which at least 129 people were killed in a night of shootings and suicide bombings.

While authorities initially believed Abaaoud was likely in Syria after the attacks, he was the target in a deadly raid early Wednesday morning in the Paris suburb of Saint-Denis. A woman blew herself up and another man was killed in the raid, officials said.

Belgian officials had earlier identified Abaaoud as the middleman connecting gunmen in Belgium to the ISIS central organization in Syria and Iraq, following a commando raid that left two armed men dead in the town of Verviers, Belgium, in January. The exact nature of Abaaoud’s alleged involvement in the Paris plot remains unclear. But Belgian officials’ statements on his contacts with the Vervier gunmen underscore the ambiguities of the organization of past attacks attributed to ISIS in Europe. In past attacks in Europe, ISIS has relied on a wide spectrum of potential attackers, ranging from those with direct training, to those with little or no contact with the group.

“The difference between Verviers and Paris could just be a tiny detail, could just be a telephone call that someone in the team did and then they got caught,” said Thomas Hegghammer, the director of terrorism research at the Norwegian Defence Research Establishment and an expert on ISIS. It also remains unclear where Abaaoud fits in the ISIS hierarchy, and whether the Paris plot was directed by ISIS’s top leaders. Regardless, the attack on Friday marks the first time the group has executed such a complex and catastrophic act of violence in Europe — although over the past month alone it claimed credit for mass suicide bombings in Beirut and Ankara. “It matters that it succeeds,” said Hegghammer in a phone interview on Sunday. “If those types of attacks start working out, that is significant, then that distinction between a top-level or a mid-level plot becomes hair-splitting.”

The Belgian-born Abaaoud is reported to have joined ISIS after traveling to Syria in 2014. The Belgian authorities say Abaaoud helped organize the cell that was later broken up in Verviers, reportedly acting as a conduit between the gunmen and the ISIS central organization. Belgian commandos launched raids on residences in Verviers on Jan. 15. In addition to the two men killed, 13 people were arrested. In one of the targeted houses, security forces found automatic weapons and chemicals required to make the high explosive TATP, the same explosive used by suicide bombers in the Paris attacks.

Following the Vervier raid in February, Abaaoud managed to elude the authorities, possibly returning to Syria, a scenario he alluded to in an interview with ISIS’s English-language magazine, Dabiq. “I was able to leave and come to Shām despite being chased after by so many intelligence agencies,” he was quoted as saying in the publication (Sham being a reference to the region that includes Syria). In its communiqué claiming responsibility for the Paris attack, ISIS announced an intention to strike again outside its territorial base in Iraq and Syria, targeting states joining the U.S.-led military coalition against the group. In the past ISIS had distinguished itself from other jihadist groups by maintaining control over a vast contiguous swath of territory in the two countries, and until recently, ISIS invested nearly all of of its resources in controlling and expanding that territory.

The gunmen in the alleged Verviers plot stood out because they had direct contact with an ISIS operative, who acted as conduit to the group’s leadership. That was unusual at the time — according to a recent study co-authored by Hegghammer, a small majority of prior ISIS-linked attacks in the West had been carried out by “sympathizers” with no contact or clear orders from the organization. In one such attack in Copenhagen, police shot dead a man who reportedly shot and killed two people. Although the shooter — born and raised in Denmark — espoused support for ISIS in his Facebook posts, there is no indication he ever made contact with ISIS members.

At least one attack and some other unsuccessful attacks involved people apparently trained by ISIS returned from training for fighting with ISIS in Syria, but not necessarily acting on ISIS leaders’ orders. Mehdi Nemmouche, a 29-year-old French national of Algerian origin who shot dead four people at the Jewish Museum in Brussels on May 24, 2014, is believed to have been radicalized during the five years he spent in a French prison, and later spent months with ISIS in Syria.

While ISIS has threatened further attacks outside of Iraq and Syria — including one in Washington today — it is not clear whether the group is allocating more of its overall resources to massive attacks like Paris, or whether it will continue to rely on sympathizers and lone wolfs. “I don’t see anything suggesting it would stop, so there will be more,” said Hegghammer. 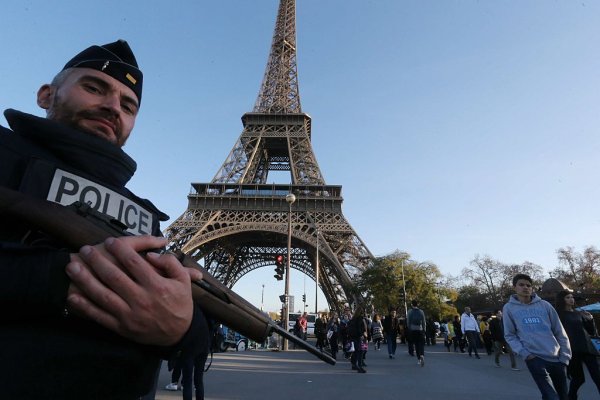 Battling ISIS: Utility or Futility?
Next Up: Editor's Pick