President Obama sharply criticized Jeb Bush and Ted Cruz for their reactions to refugees in the wake of the Paris terror attacks.

Speaking at the G20 summit in Turkey on Monday, Obama called out Bush and Cruz, without naming names, for their remarks that the United States should prioritize accepting Christian refugees.

“When I hear folks say that maybe we should just admit the Christians but no the Muslims, when I hear political leaders suggesting that there would be a religious test for which person who is feeling from a war-torn country is admitted, when some of those folks themselves come from families who benefitted from protection when they were fleeing political persecution, that’s shameful,” Obama said. “That’s not American. That’s not who we are.”

Former Florida Gov. Bush told CNN Sunday, “We should focus our efforts as it relates to refugees on the Christians that are being slaughtered.”

The same day, Texas Sen. Cruz continued to call for barring Muslim refugees from entering the country, adding that “there is no meaningful risk of Christians committing acts of terror.”

“If there were a group of radical Christians pledging to murder anyone who had a different religious view than they, we would have a different national security situation,” Cruz said. 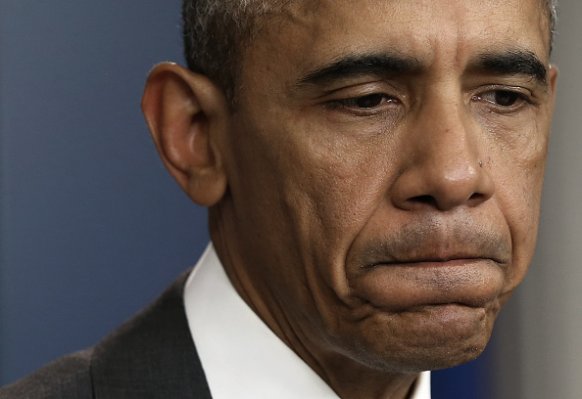 Obama: U.S. Sticking With Current Strategy Against ISIS
Next Up: Editor's Pick