A report from the World Health Organization (WHO) released on Monday shows 64% of people surveyed say they know antibiotic resistance is a problem, but they are less aware of how it affects them and what they can do about it. To reach these findings, the WHO surveyed around 10,000 people in 12 different countries: Barbados, China, Egypt, India, Indonesia, Mexico, Nigeria, Russia, Serbia, South Africa, Sudan and Vietnam.

They found that misunderstandings of antibiotic resistance were prevalent worldwide. Here are some common misconceptions that showed up in the survey:

Myth 1: You don’t have to take all the antibiotics you’re prescribed. Among people surveyed, 32% said they thought you should stop taking antibiotics when you feel better, instead of completing the prescribed treatment plan. However the truth is that taking the full dose over the prescribed time frame is what’s recommended. Not doing so means an infection might not be fully treated, and can spur antibiotic resistance in bugs.

Myth 3: Only people who use antibiotics regularly are at a risk for antibiotic resistance. Forty-four percent of people thought this was true, but in actuality, as the WHO points out, anyone can get an infection that’s resistant to antibiotics.

Myth 4: Antibiotics can be used to treat colds and flu. No, you can’t use antibiotics to treat the cold or flu. These are caused by viruses, and antibiotics are used to treat bacteria. Taking antibiotics when you don’t need them can lead to resistance problems. Despite that, 64% of people in the survey thought you could use them for colds or the flu.

Myth 5: There’s nothing you can do to lower your risk. There are things that both the medical community and patients can do to lower the risk of spreading antibiotic resistant bugs. The U.S. Centers for Disease Control and Prevention (CDC) says people should take their antibiotics exactly as the doctor prescribes them, should not share or use leftover antibiotics, should not ask for antibiotics if the doctor doesn’t t think they’re necessary and should prevent infection by practicing good hygiene and getting vaccines.

“The rise of antibiotic resistance is a global health crisis, and governments now recognize it as one of the greatest challenges for public health today. It is reaching dangerously high levels in all parts of the world,” WHO Director-General Dr. Margaret Chan said in a statement.

The CDC says about 2 million Americans are infected with antibiotic-resistant bacteria every year, and 23,000 of these Americans die. In September, U.S. government agencies announced the establishment of the Presidential Advisory Council on Combating Antibiotic-Resistant Bacteria to focus on the growing public health problem. 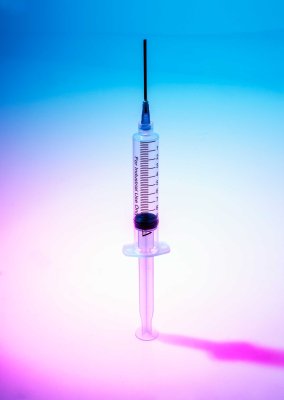 New Vaccine Could Prevent High Cholesterol
Next Up: Editor's Pick