Ideas
By Jack Goldsmith
Goldsmith is a Harvard Law School professor and a senior fellow at the Hoover Institution; he was an Assistant Attorney General in the George W. Bush Administration.

Barack Obama has been thinking about his legacy from the beginning of his presidency. In the 2012 book Kill or Capture, Daniel Klaidman says that Obama’s “preoccupation with his legacy included an element of vanity— he’d sometimes tell advisers, ‘I don’t want my name’ on a policy that might be judged harshly in the future.” But the legacy Obama wants to leave is not the one he will. He so wanted to be the president who ended wars, turned down the rhetorical temperature on Islamist terrorism, and sharply reversed Bush-era counterterrorism rules. But time and time again the realities of the threats, the responsibilities of his Office, and the demands of domestic politics have forced him, grudgingly, to act contrary to his impulses.

Frustrations began early in his presidency. On Jan. 29, 2010, President Obama met with his National Security Council to discuss his administration’s collapsing plan to prosecute 9/11 mastermind Khalid Sheik Mohammad in a New York civilian federal court instead of in George W. Bush’s controversial Guantanamo Bay military commissions. The New York trial was one of many efforts to fulfill the president’s campaign pledge to restore the rule of law to U.S. counterterrorism policy. But Republicans had successfully portrayed this and other reforms as soft on terrorism, and the trial plan lacked political support among key Democrats. At the meeting White House Chief of Staff Rahm Emanuel advised the president that a New York trial might hurt his chances for a second term.

Displeased with the dawning reality that Mohammad would remain in Guantanamo Bay and be tried by military commission, President Obama closed the meeting by reading a statement by federal judge William Young at the criminal sentencing of Richard Reid, the shoe-bomber who tried to blow up an airplane en route from Paris to Miami in December, 2001. Young’s remarks were a paean to American liberty that celebrated the justice that civilian courts “fairly, individually, and discretely” administer. According to Klaidman, the disheartened President gazed around the room without focus after reading Young’s statement. “Why can’t I give that speech?,” he asked his senior advisors. And then without another word he stood up and left the room.

Obama has also been unable to fulfill his vows to end wars. In a 2013 speech at the National Defense University, he proclaimed that “history advises” and “democracy demands” that war against Islamist terrorists, “like all wars, must end.” The president added that “[u]nless we discipline our thinking, our definitions, our actions, we may be drawn into more wars we don’t need to fight.”

But ending war has proved to be much more than a mental or definitional exercise. Last month the President reversed his pledge to bring home all American troops from Afghanistan before the end of his presidency. The main reason: preventing al-Qaeda or the Islamic State from gaining a foothold there. The President withdrew all U.S. troops from Iraq by the end of 2011, as promised, only to witness the rise of the Islamic State in the resulting security vacuum. He described the Islamic State as a “jayvee team” just before it seized Fallujah in January 2013. By the summer of 2014, the terrorist organization’s growing menace required Obama to order bombing in and redeploy troops to Iraq, both of which have intensified in the intervening fifteen months, and now will intensify further.

Obama’s aim to end “Bush’s wars” is in shambles. The more pressing legacy question now is whether he will be seen to have contributed to, and done too little to redress, the threats from the Islamic State. The president faces a related legacy conundrum with his desire to fulfill his early pledge to close the Guantanamo Bay detention facility. A strict congressional ban stands in his way. The only way Obama can succeed in his legacy quest is to exercise presidential powers to override the ban—powers that are very much like those that the Bush administration claimed in order to disregard the torture statute, and powers that candidate Obama harshly criticized and promised not to replicate. Whether he closes the detention facility or not, the president’s legacy will take a hit.

These grim realities and unhappy choices have thwarted Obama’s desire to deliver speeches like Judge Young’s. Obama is of course not the first President to learn this lesson. In December, 1962, a reporter asked John F. Kennedy whether his experience as president matched his expectations before entering office. By this point in his presidency, Kennedy had been through the botched Bay of Pigs invasion, a disastrous meeting with Khrushchev in Vienna, the Cuban missile crisis and the Berlin crisis.

Reflecting on these and other experiences, Kennedy said the “problems” he faced, and “the responsibilities placed on the United States,” were “greater than I imagined them to be, and there are greater limitations upon our ability to bring about a favorable result than I had imagined them to be.” The former Senator added that his attitude was “probably true of anyone who becomes President, because there is such a difference between those who advise or speak or legislate, and between the man who must select from the various alternatives proposed and say that this shall be the policy of the United States.”

And then Kennedy answered the doleful question that Obama asked his national security team, 47 years before he asked it: “It is much easier to make the speeches than it is to finally make the judgments.”

Jack Goldsmith is a Harvard Law School professor and was an assistant attorney general in the administration of George W. Bush. 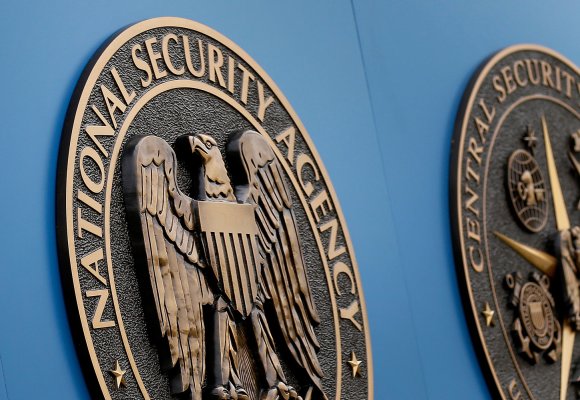