A string of blasts in Baghdad on Sunday killed at least seven people and injured 15 others, UPI reported.

Two attacks in central Baghdad left three dead, while an improvised explosive device and a car bomb killed two soldiers and two civilians south of the center of the Iraqi capital.

The attacks came two days after police said a suicide bombing at a wedding southwest of the city killed 17 people and injured 35, and as conflict between state and international forces and the Islamic State of Iraq and Greater Syria (ISIS) continues in Anbar province west of Baghdad.

Iraqi troops and U.S. aircraft have pushed a campaign against suicide bombers and other ISIS assets in the restive province, whose capital, Ramadi, has been occupied and claimed by the extremist group since May of this year. 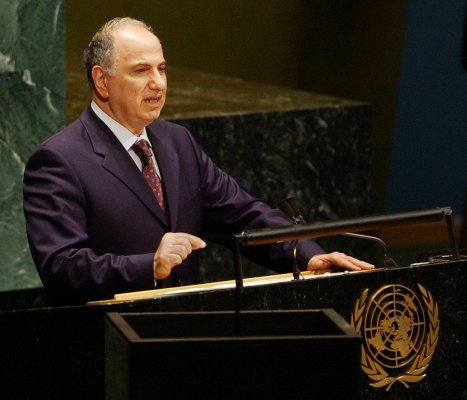 How Ahmad Chalabi Downplayed His Role in the U.S. Invasion of Iraq
Next Up: Editor's Pick