A mother hugs her children after disembarking as migrants and refugees arrive on the Greek island of Lesbos after crossing the Aegean Sea from Turkey on November 15, 2015
Bulent Kilic—AFP/Getty Images
By Joanna Plucinska

Border security has already been tightened significantly in Belgium, Italy and France, in part to help police locate and arrest the attackers. But some leaders, especially in Poland, Latvia, Slovakia and the Czech Republic, have explicitly linked Europe’s ongoing refugee crisis to the attacks on the French capital that left 129 dead. Leaders have called for the Schengen border region to be closed and for limits on migrant movements, potentially putting the E.U.’s ambitious resettling program, designed to spread 160,000 migrants around European countries, at risk.

The reaction stems partially from the reports that a Syrian passport was found close to the body of one of the attackers, suggesting, perhaps, that he could have been an asylum seeker, even though some say that the passport could also have been a fake bought in Turkey. The Greek government said that the passport was registered on the island of Leros in October.

Many of those linking the migrant crisis and the attacks, including Slovakia and the Czech Republic, were already skeptical of accepting refugees in the first place, arguing that it would be difficult to integrate Muslim migrants into their societies and citing fears that terrorists could cross their borders.

“We have been saying that there are enormous security risks linked to migration. Hopefully, some people will open their eyes now,” Slovakian Prime Minister Robert Fico said after the attacks, according to Reuters.

But some countries that had previously supported the plan now seem reluctant to hold to their promises. Members of Poland’s newly elected socially conservative government were quick to call for an end to accepting migrants, even though the country had initially agreed to accept 7,500 refugees under the E.U. relocation program.

“In the face of the tragic acts in Paris, we do not see the political possibilities to implement (this),” incoming Minister for European affairs Konrad Szymanski wrote in a blog post on wpolityce.pl.

Poland’s incoming Foreign Minister Witold Waszczykowski, who takes office on Monday, added that refugees should be sent back to Syria to “fight to liberate their country with our help,” according to AFP.

Latvia, which had promised to accept 531 refugees, also said it would limit migrant intake until all refugees received E.U.-mandated security checks.

But E.U. leaders have urged politicians not to jump to conclusions too quickly. “We should not mix the different categories of people coming to Europe. The one responsible for the attacks in Paris … is a criminal and not a refugee and not an asylum seeker,” European Commission President Jean-Claude Juncker told reporters at the G-20 summit in Turkey, the Financial Times reports.

And many countries outside the E.U., including Canada, Australia and the U.S., have agreed to leave their refugee policies unaltered, despite political pressures.

Australian Federal Immigration Minister Peter Dutton said the country will not go back on its promise to accept 12,000 refugees from Syria and Iraq after one state legislator demanded the borders be closed to “Middle Eastern refugees.” Dutton did, however, emphasize the need for deep scrutiny in reviewing refugee asylum applications to ensure the country’s security, according to ABC.

A senior official in newly elected Canadian Prime Minister Justin Trudeau’s office also told reporters on Saturday that Canada will still accept 25,000 refugees, which amounts to over 500 asylum seekers a day, by the end of 2015. 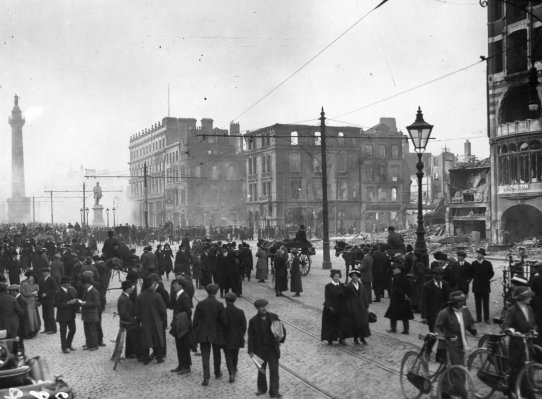 Majority of Irish People Are Not Ready for a United Ireland
Next Up: Editor's Pick