The Hardest Question: Explaining the Paris Attacks to My Child

Ideas
By Vivienne Walt
Vivienne Walt lives in Paris and has written for TIME since 2003, from dozens of countries around the Middle East, Africa, and Europe.

The question came two days after the devastating terror attacks in Paris killed 129 people, when I finally sat down to dinner with one Paris resident I had seen almost nothing of since Friday’s assault: my own 9-year-old son. Having asked so many questions of so many people since Friday, on the streets, at the site of the attacks, outside Paris’s morgue, I was stumped. It was a detail I had not gotten around to asking.

As the city grapples to understand how the attacks might transform their lives, there are millions of Parisians still struggling to put their questions into words: The children. For days they have seen an outpouring of shocked emotions and actions from the adults, watching largely silently from knee height.

But now, as the adults return to work on Monday morning and the kids go back to school, teachers are bracing for doubts and questions—and wondering how to address them, and even if there are answers that would make sense to a generation born after 9/11, in a benign, gentle city where until recently terrorism has been relatively foreign and remote.

And so on Sunday, an email popped into my inbox, from the directors of my child’s school, addressed to all parents. “More than ever in the face of this violence and barbarity it is essential to lend an ear to our children, to play the role of educator and to discuss the attacks and answer their questions,” said the letter, which described Friday’s killings as a “savage” attack on “our city, our country, the symbols and values of our Republic.”

Then they advised us parents how to counsel our children. “While they are overwhelmed by legitimate emotion, heightened by the press and social media, more than ever they need adults who are calm and attentive to allow them to overcome their fears,” the school directors wrote, adding that each class would begin the schoolday Monday with a discussion about the worst attacks in modern French history. (TIME’s Belinda Luscombe has more advice here).

After the Charlie Hebdo attacks last January, the school had written a very similar letter to parents, and the building had featured a display of newspapers with “je suis Charlie” covers. Like then, Monday’s program will include a minute’s silence for the dead.

But there is little comparison this time around. In January it had been relatively simple to explain to my child, who was then eight, why the cartoonists had been the target, and why a Jewish supermarket was attacked—grim as the details were. He proudly told his friends that his mom had allowed him to go to the giant Charlie Hebdo demo in Republique Square, where he held a red rose under a peace sign. There, he was among thousands of children.

Answering questions over dinner on Sunday was more difficult, however. The targets this time were young people having fun on a warm Friday night; people, in fact, who were his age not all that long ago.

To children in Paris, Charlie Hebdo had seemed a one-off attack, involving targets that were not part of our ordinary lives. It was an aberration that might, in a child’s mind, have seemed taken care of, in part by all the armed soldiers and riot police who now patrol their city’s train stations and major intersections. The graceful safe haven of central Paris, where children take themselves to school from an early age with little nervousness from parents, still existed.

The city still looks the same, of course. The cafés and parks are spilling over with people. But now that there has been a second attack within a year, it suggests, at least to children, that such violence can happen at any time in any place, and that the adults have not sorted out the problem at all.

Grappling to find the logic in this, my son pondered the situation, and asked, “Well, why did they attack those restaurants and not other restaurants?”

It was a good question, hitting at the most terrifying aspect of all—the randomness of the attacks. Friday’s attacks impacted so many regular Parisians because they had been aimed directly at the most normal of people — the drinkers, the concert-goers, the soccer fans.

“So why did they attack the Stade [stadium], mama?” asked my son, whom I had recently taken to a big soccer match. “They were just playing a game.”

“Well,” I ventured, inexpertly, “they don’t like the way people live in France.”

“Because… because they are stupid!” he said.

For now, that settled the question—at least providing him an response that might work in the schoolyard on Monday. As for the rest of us, the search for an answer has only just begun. 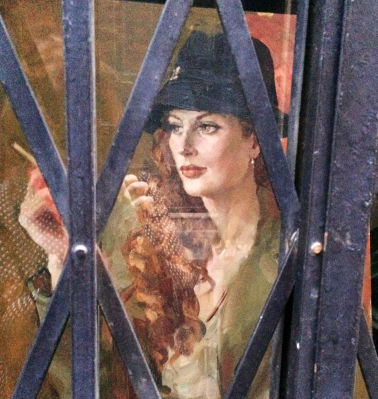