Baltimore Sees More Homicides Than Any Year Since 1999

A protester on his bike is seen in front of a line of policemen in riot gear during a 10 p.m. curfew in Baltimore on Apr. 28, 2015.
John Taggart—EPA
By Justin Worland

Baltimore has seen its 300th homicide this year, more than any year since 1999, according to police. The increase in homicides comes during a difficult year in the city that has been plagued with riots in response to the highly-publicized death of Freddie Gray, a black man in police custody.

Police data from earlier this month shows a dramatic year-over-year increase in homicides in the city. Nearly 300 people had been killed this year in Baltimore as of November 7 compared with 187 during the same period in 2014.

“The 300th homicide is no more tragic than the first homicide of 2015, or the 50th, or the 200th,” said Mayor Stephanie Rawlings-Blake told Reuters in a statement. “Every victim leaves family, friends and a neighborhood who mourn their loss.”

The surge marks the first time the number of homicides has topped 300 in a single year since 1999, when 305 people were killed. 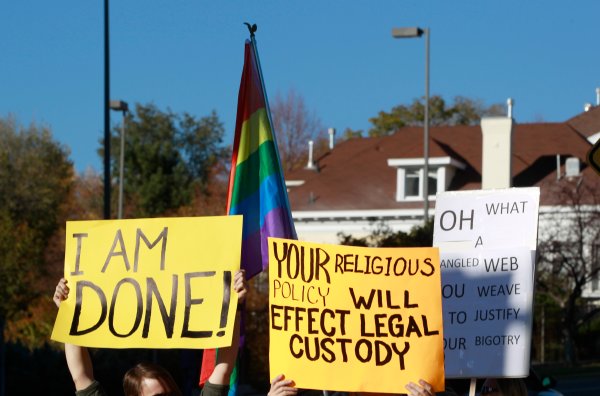