Why Climate Change and Terrorism Are Connected

Democratic presidential candidate Bernie Sanders used the terrorist attacks in Paris to call for action to address climate change at a primary debate Saturday. But, while the plea attracted ridicule across the political spectrum, many academics and national security experts agree that climate change contributes to an uncertain world where terrorism can thrive.

U.S. military officials refer to climate change as a “threat multiplier” that takes issues like terrorism that would pose a threat to national security and exacerbates the damage they can cause. A 2014 Department of Defense report identifies climate change as the root of government instability that leads to widespread migration, damages infrastructure and leads to the spread of disease. “These gaps in governance can create an avenue for extremist ideologies and conditions that foster terrorism,” the report says.

The parallels between the situation described in the government report and the situation on the ground in Syria are striking. The worst drought on record in the Middle Eastern country has created instability for farmers and threatened the food supply. At the same time, the government has struggled to hold on to power across the country in the face of militant groups and millions of Syrians have fled their homeland.

Read More: How Climate Change is Behind the Surge of Migrants to Europe

“I’m not telling you that the crisis in Syria was caused by climate change,” Secretary of State John Kerry said in a speech last month. “But the devastating drought clearly made a bad situation a lot worse.”

Indeed, a paper published in the academic journal PNAS earlier this year argues that climate change helped create instability and fighting in Syria. The Islamic State, commonly known as ISIS, arose in the country in large part due to that instability. And, now, ISIS has claimed responsibility for a number of recent terrorist attacks including this week’s assault in Paris and the downing of a Russian jet over Egypt’s Sinai Peninsula. 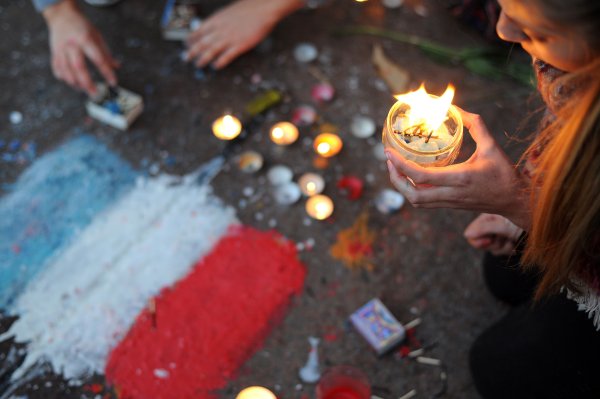 Watch the World Pay Tribute to France
Next Up: Editor's Pick