What We Know About the Paris Attackers

Information began to emerge Saturday shedding light on some of the suspected eight attackers who executed a terrorist plot in Paris Friday, killing at least 129 people.

The first confirmed attacker was Omar Ismail Mostefai. Police used fingerprints found at the scene to identify the 29-year-old. Mostefai, a half-Algerian French citizen, lived 60 miles from Paris in the city of Chartres. An official at a mosque in that city said that Mostefai had been a frequent worshipper, but had been largely absent since 2013.

Mostefai had a history of petty crime as far back as 2004 but had served no time in jail, according to an AFP report. Now, police are looking into whether he traveled to Syria last year. Paris prosecutor François Molins described Mostefai as “a radicalized person with a security report.”

Mostefai’s brother and father were detained Saturday as their homes were searched, according to the AFP. The brother said he had not been in contact with Omar in years and was surprised that he had been radicalized. “It’s a crazy thing, it’s madness,” the brother told AFP of the attacks before entering police custody.

One of the suicide bombers was identified as Ibrahim Abdeslam, a former resident of Belgium, the Washington Post reports. Another attacker was named as Bilal Hadfi, who also had lived in Belgium and fought alongside ISIS in Syria.

A photograph of Ibrahim’s brother Salah Abdeslam, 26, was circulated by French police with an alert describing him as “dangerous.” French authorities say he is a French national, and launched a wide manhunt to track him down. 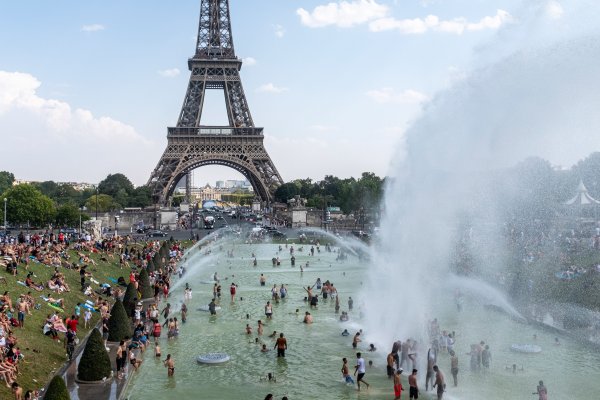 How Paris is Actually Walking the Climate-Change Walk
Next Up: Editor's Pick