A 23-year-old American college student who was killed in the Paris attacks was described as a “gifted student” by her teachers and beloved by her friends.

Nohemi Gonzalez was killed Friday night at the bistro La Belle Equipe in Paris. She was spending time with friends when a gunman opened fire on the scene and fatally wounded her.

Gonzalez was a senior at Cal State Long Beach enjoying her semester abroad in Paris, her first time outside the U.S. Teachers described her as “a gifted student” with “an indescribably sweet spirit and imagination,” according to the L.A. Times.

In a class project asking students to create a brand based on their identity, Gonzalez wrote, “I am Mexican American, and I also happen to be first generation born in the United States. I grew up in Whittier and had a very hard working mother that raised me to be extremely independent. If I had to describe myself in a few words I would say I am very high spirited, clean, orderly and self driven.”

She chose an arrowhead as her logo, explaining, “when life is dragging you backwards with difficulties, it means it’s going to launch you into something great. So just focus and keep aiming.”

Read more at the L.A. Times.

Read next: France Mourns and Seeks Clues to Those Behind Deadly Paris Attacks 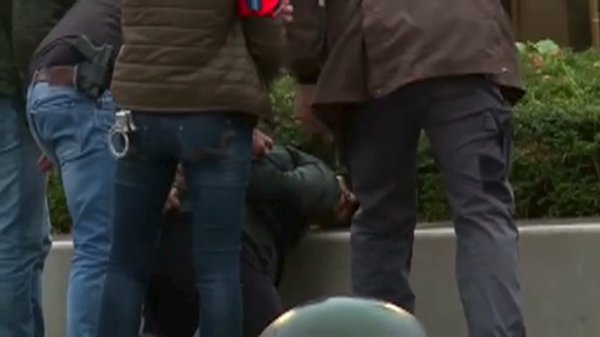