When asked a question about “radical Islam,” the former Secretary of State criticized some of the language used to by Republican candidates, which Clinton said misrepresents who the U.S. is fighting.

“That was one of the real contributions, despite all the other problems, that George W. Bush made after 9/11, when he basically said, after going to a mosque in Washington, we are not at war with Islam or muslims,” said Clinton. “We are at war with violent extremism, we are at war with people who use their religion for purposes of power and oppression and yes we are at war with those people. But I don’t want us to be painting with too broad a brush.” 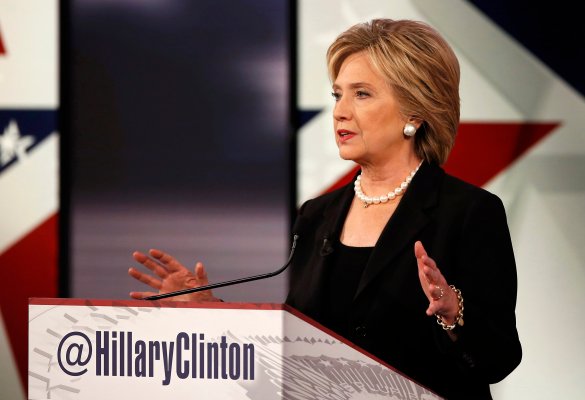 Here's How Hillary Clinton Muddied the 9/11 War Declaration
Next Up: Editor's Pick