Facebook Explains Why it Activated Safety Check for Paris Attack

Facebook on Saturday sought to tamp down criticism that it had rolled out its widely-used Safety Check feature amid the terrorist attacks in Paris when the social network had not done so during a recent attack in Beirut.

In a Facebook post,Vice President of Growth Alex Schultz outlined how Safety Check was first developed, and said Paris was the first time the feature had been implemented for an event that wasn’t a natural disaster. “There has to be a first time for trying something new, even in complex and sensitive times, and for us that was Paris,” he said.

He also explained why Safety Check has never been applied to a non-natural disaster until now. “During an ongoing crisis, like war or epidemic, Safety Check in its current form is not that useful for people: because there isn’t a clear start or end point and, unfortunately, it’s impossible to know when someone is truly ‘safe,'” he explained.

The post came as critics pointed out on social media that the outpouring of support following Friday night’s coordinated terror attacks in Paris far outstripped the public sympathy after recent similar attacks in Beirut and Baghdad. At least 41 people were killed and hundreds wounded in a pair of deadly suicide bombings in Beirut on Thursday, and 26 people were killed in a roadside bombing in Baghdad on Friday. 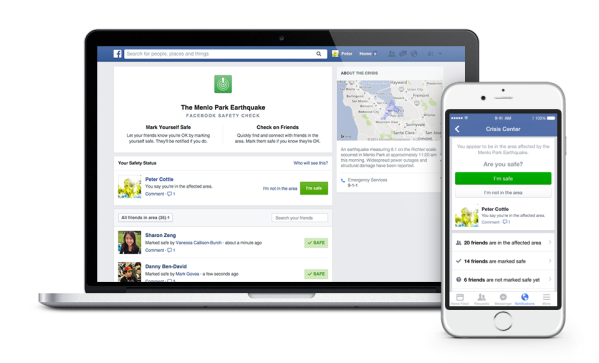 This Facebook Feature Kept People Connected During the Paris Attacks
Next Up: Editor's Pick