How the Paris Attacks Upended the Republican Primary

Word of the Paris attacks spread slowly through a Republican cattle call in Orlando Friday afternoon. When Donald Trump took the stage, it was already clear that a major tragedy was unfolding, but his speech stuck to the script on immigration. Minutes later, Ben Carson took the stage, opening with a moment of silence.

By Saturday, the Republican candidates were rewriting their speeches to include tributes to France, criticism of President Obama and calls to action against ISIS.

“I am outraged because the murder, mayhem, danger and tragedy we see unfolding in Paris, throughout the Middle East and too often in our own homeland, are the direct consequence of this administration’s policies,” former HP CEO Carly Fiorina said Saturday. “You cannot lead from behind.”

The terrorist attacks, which killed at least 129 people in coordinated assaults around the city, inflamed a long-simmering debate in Washington and on the presidential campaign trail over how to address the rise of the Islamic State of Iraq and Greater Syria, which claimed responsibility.

They may also mark a turning point in a GOP primary that has been for months been overshadowed by personality and focused on domestic issues. “I don’t think today is the day for longwinded remarks,” said a somber Ohio Gov. John Kasich said after delivering a condensed speech focused on taking on ISIS.

Others sought to interpret the events for their conservative base. Former Arkansas Gov. Huckabee called early Saturday for revoking the Iran nuclear deal and maintaining the U.S. prison at Guantanamo Bay. Kentucky Sen. Paul used them to attack Florida Sen. Rubio over an immigration reform vote. Texas Sen. Ted Cruz called for border security and the use of “overwhelming airpower” in Syria.

At a rally in Beaumont, Texas, Saturday Trump suggested that the situation in Paris would be different if only bystanders and victims were armed. “The toughest gun laws in the world: Paris,” Trump said. “If they were allowed to carry—it would have been a much, much different situation.”

The attacks marked a shift in focus, though, not in tone. Republicans have criticized Obama’s statements and actions for years, viewing the expression of strength to be as much a component of defeating the Islamic State as whichever policy is adopted. On the policy issues, they remain deeply divided and offer incomplete visions of exactly what they’d do in office.

“This is the war of our time, and we have to be serious in engaging and creating a strategy to confront it and take it out,” former Florida Gov. Jeb Bush told radio host Hugh Hewitt Friday night.

The rise of ISIS has challenged President Obama’s vision for the Middle East after the drawdown of U.S. troops from Iraq. In 2014, Obama called the precursors to ISIS the “JV” team, only to watch months later as they united to take control of Iraqi cities just years after the U.S. pullout. Just Thursday, a day before the attacks, Obama had suggested that the group had been “contained” geographically inside Iraq and Syria, and on the defensive.

The Republican candidates generally agree that Obama’s approach is insufficient, but they have not yet spelled out the military steps they would take that would be different. Kasich has called for sending U.S. forces to Syria as part of an international coalition under NATO supervision, while hawkish South Carolina Sen. Lindsey Graham has called for a U.S. force of 10,000 on the ground.

Other candidates have shied away from specifically outlining proposed U.S. military involvement, though several found consensus against bringing in Syrian refugees.

“President Obama and Hillary Clinton’s idea that we should bring tens of thousands of Syrian Muslim refugees to America: it is nothing less than lunacy,” Ted Cruz said on Fox News. “During the debate last week, I stated that we should not admit those claiming to be Syrian refugees and was condemned by the left for that position. I was right, and the events in Paris affirm that,” Huckabee said in a statement.

Read Next: How Republican Candidates Want to Fight the Islamic State 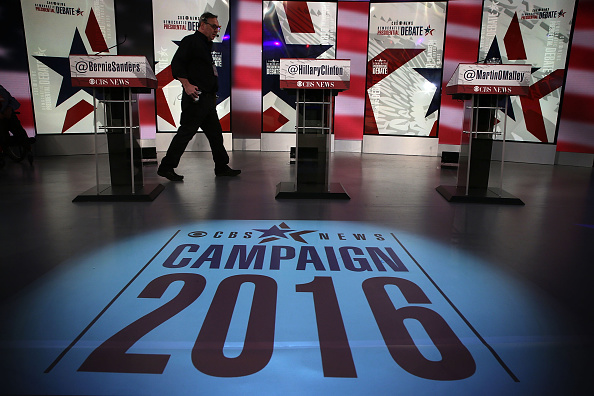 Sanders Campaign: No Problem With Debate Focus
Next Up: Editor's Pick