Bono on Paris Attacks: 'This Could Be Me at a Show'

Bono called in to speak with Irish DJ Dave Fanning Saturday morning about the Paris attacks and subsequent postponing of U2’s Saturday and Sunday sets in the city. Discussing the terrorist attack on Bataclan concert hall — one of a series of coordinated attacks across the City of Light Friday night that, at press time, has left 129 dead and 352 injured, 99 of them seriously — the frontman said, “If you think about it, the majority of victims last night are music fans. This is the first direct hit on music that we’ve had in this so-called War on Terror. And it’s very upsetting.”

American metal act Eagles of Death Metal were playing a sold-out concert when the attack began. U2 was rehearsing a few miles away from the venue. “These are our people,” said Bono. “This could be me at a show, you at a show…It’s a very recognizable situation. All our thoughts are with the Eagles of Death Metal fans.”

Early Saturday morning, the Islamic State claimed responsibility for the assult, saying it was the “first of the storm.” France’s President François Hollande has declared three days of national mourning and troops are patrolling the capital. “It was cancelled, honest, and I understand perfectly why…It’s up to the French authorities to decide when we can go back,” Bono said of when the group will be able to reschedule the gigs. “I think music is very important and that U2 has a role to play. I can’t wait until we get back to Paris.”

He then remembered coming to New York just a month after 9/11. “We played Madison Square Garden and it was just unbelievable.” Speaking of the legendary venue’s energy that night he said, “The feeling was, ‘This is who we are. You can’t change us. You’re not going to turn us into haters…I hope that’s the feeling in Bercy when we get back there.”

The Dublin rockers’ tour heads to Ireland for shows in Belfast and Dublin next, they were originally supposed to end the 2015 leg of the Innocence + Experience Tour, but it now seems likely the rescheduled Paris shows will be the new end date. Whether or not it will still air as a live special on HBO has not been determined.

You can listen to Bono’s interview in full below. 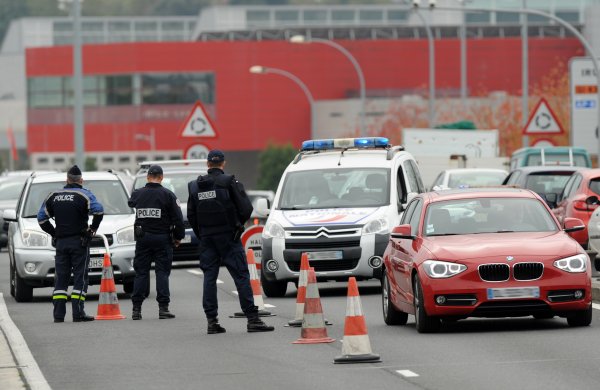 Free Travel in Europe Could Be a Casualty of the Paris Attacks
Next Up: Editor's Pick