Nick Alexander, a British man who was reportedly selling merchandise on behalf of the band Eagles of Death Metal, was one of the more than 120 people killed in a series of terrorist attacks in Paris on Friday.

Alexander was working at the Paris music venue Bataclan, where the band was playing, when gunmen opened fire on the crowd and held hostages.

“It is with huge sorrow that we can confirm that our beloved Nick lost his life at the Bataclan last night,” his family wrote in a statement. “Nick was not just our brother, son and uncle, he was everyone’s best friend—generous, funny and fiercely loyal.”

Alexander’s girlfriend, Polina Buckley, said he had been selling merchandise for the band.

In a statement posted to Eagles of Death Metal’s Facebook page on Friday evening, the band said, “We are still currently trying to determine the safety and whereabouts of all our band and crew. Our thoughts are with all of the people involved in this tragic situation.”

The band’s management team later announced that no band members had been killed.

“Nick died doing the job he loved and we take great comfort in knowing how much he was cherished by his friends around the world,” his family’s statement continues. “Thank you for your thoughts and respect for our family at this difficult time. Peace and light.” 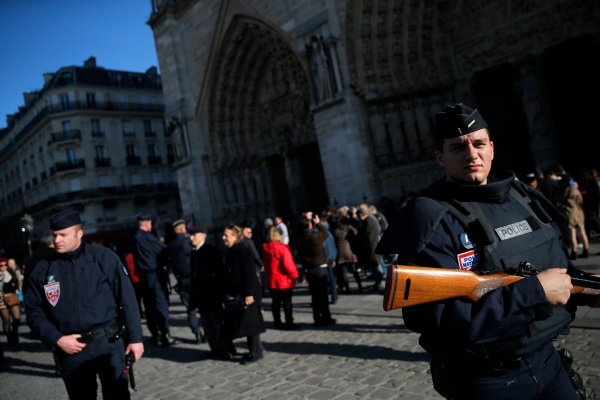 An 'Attack on the Civilized World'
Next Up: Editor's Pick