The Eiffel Tower will go dark on Saturday night in tribute to those who lost their lives in the terrorist attacks in Paris one day earlier. The landmark usually marks the passing of each hour with a light show during the night.

The landmark’s operator also announced Saturday that the monument will close indefinitely while France is still on high alert, according to the Associated Press. President François Hollande has closed the country’s borders.

At least 129 people were killed in six terrorist attacks on Friday. ISIS has claimed responsibility. 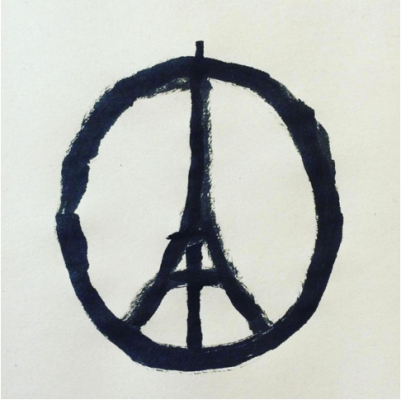 French Artist Tells How He Created 'Symbol of Peace for Paris'
Next Up: Editor's Pick