A man brought his piano to the Paris concert venue where authorities say more than 100 people were killed on Friday to play John Lennon’s world-peace anthem “Imagine.”

At least 127 people are dead in the wake of six known coordinated attacks on the French capital. In one of those attacks, gunmen took hostages and opened fire on a crowd at the Bataclan concert hall.

“He pulled his piano with a bike up to rue Richard Lenoir ten meters from the Bataclan,” according to one YouTube video‘s description. 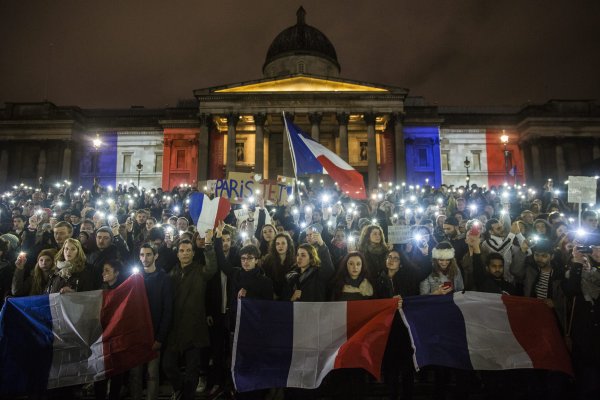 See the World Show Solidarity for France After the Paris Attacks
Next Up: Editor's Pick