A radio reporter in Paris has told of scenes of bloodshed he witnessed at the Bataclan concert hall in Paris on a night of attacks that has left at least 128 dead.

Julien Pearce described the moment gunmen opened fire during an Eagles of Death Metal gig. “I’ve seen 2 terrorists from my point of view with AK47s entering the concert room and firing randomly to the crowd,” Pearce said.

President François Hollande appeared on television shortly after the attacks, declaring a state of emergency and announcing his decision to shut French borders. “We have to be compassionate and we have to be united and keep a cool head. France needs to be strong and the state needs to be strong,” he said. “What the terrorists want is for us to be scared. There are things to be scared about. But in the face of terror we have to be united and we will defeat these terrorists.” 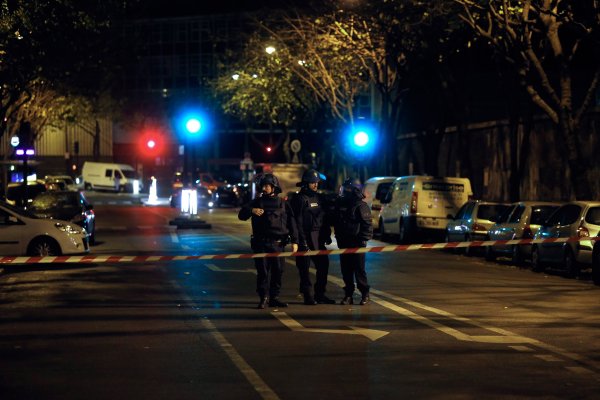 Celebrities Take to Social Media in Wake of Paris Attacks
Next Up: Editor's Pick