Watch: What It's Really Like to Step into Darth Vader's Boots

Star Wars Battlefront is finally coming out on Playstation 4, Xbox One and PCs on November 17. (Fans have been waiting for a reboot of the Electronic Arts-published video game franchise since 2004.) The online multiplayer shooter promises to allow players to recreate some of the most iconic battles from the long-running film series. Modes range from ground combat to aerial dogfights. Players can also control the series’ most recognizable characters. In the video above, TIME video game critic Matt Peckham finds out what it’s like to play as Star Wars’ archvillain Darth Vader. 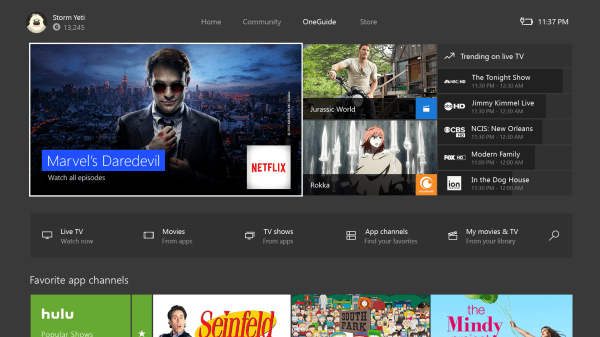 The Xbox One Is Getting Dramatically Better Today
Next Up: Editor's Pick