In the days leading up the the annual Transgender Day of Remembrance—commemorating transgender people who lost their lives violently during the past year—members of Congress are hoping to draw attention to those deaths and start searching for better ways to prevent them.

“Everybody would assume this has been a really good year for trans people,” says Mara Keisling, executive director for the D.C.-based National Center for Transgender Equality. After all, visibility is up, Hollywood’s plot lines are more respectful, Caitlyn Jenner is receiving awards for courage, and states like Indiana have been pressured into amending policies that critics called anti-LGBT.

But there have also been more transgender homicide victims in America this year—at least 21 so far—than any since advocates began recording them in 2006, not to mention several suicides that have wrenched hearts in the LGBT community. “This has been,” Keisling says, “as traumatic a year as we can remember.”

On Nov. 17, three days before the memorial day, Congress’ LGBT Equality Caucus will announce the creation of a Transgender Equality Task Force, chaired by California Rep. Mike Honda. It will aim to better understand the reasons why transgender people suffer inequalities like more family rejection, harassment, poverty and homelessness than the general population, and work toward policy prescriptions. All of these factors, advocates say, put them at greater risk for violence.

A lack of support from families, for instance, can lead transgender youth to live on the streets at an early age. Harassment at school can lead them to drop out. And a lack of antidiscrimination laws can leave many transgender Americans little recourse if they lose their job or apartment for reasons they believe to be related to their gender identity. Struggles finding traditional employment can lead to forays in the dangerous worlds of sex work and drug dealing.

The caucus will also hold a forum on violence against the transgender community (like a hearing but without the official sponsorship of any House committee), which advocates and aides are hailing as proof that this marginalized community is getting some of the political attention it deserves. Likely to testify will be survivors of hate crimes, policy experts and representatives from groups like law enforcement.

And the panelists will not lack for statistics. On Friday, the Human Rights Campaign (HRC) and Trans People of Color Coalition (TPOCC) released a report, Addressing Anti-Transgender Violence, which tells the stories of people who have lost their lives this year. Among them are people like 20-year-old Lisha Walker, a black transgender woman from North Carolina whose car was found burned out and abandoned two weeks before her remains were discovered in a “crude grave” miles away.

But alongside those numbers, the report highlights that one of the most basic and bureaucratic problems that needs to be solved is the lack of data about the transgender community. Because gender identity is not something people answer questions about on any census, there are only rough estimates of how many transgender people there are. The authors of the report argue that because transgender victims of crime are often cataloged by their birth names and sex, and because many jurisdictions do not outlaw or report hate crimes on the basis of gender identity, there’s no clear sense of how common violence against transgender people is either.

“Nobody’s studying the problem to find out how big it is, exactly what it is,” says Keisling. “A lot of us feel like we’re going to vigils and demanding that this stop now but we’re not getting the support to figure out how to do that.”

Most of the deaths described in the report are not being considered as hate crimes. Advocates argue that much of this is due to poor reporting or a lack of investigation. Keisling makes another argument: that because of how disadvantaged transgender people are in many spheres of life, their gender identity is always a partial factor in these violent deaths even if it wasn’t the killer’s actual motivation.

“Imagine fearing for your life every day. That nightmare is a reality for far too many transgender women, a nightmare that deserves national attention,” Griffin said in a statement to coincide with the announcement of the task force and forum. “This hearing will bring together a coalition of families, advocates, lawmakers, and other leaders to address the realities that conspire to put transgender people at risk.” 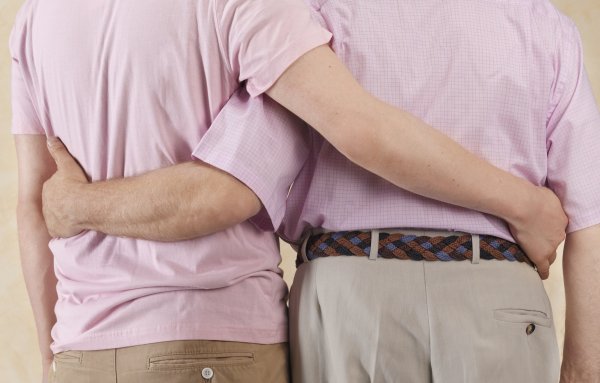