Loud noises can change the way we perceive how our food tastes, according to new research.

In the study, published in the Journal of Experimental Psychology: Human Perception and Performance, researchers had 48 men and women try liquid solutions of five different tastes: sweet, salty, sour, bitter and umami at different concentrations. There was a catch, however. The men and women tried them in either a room either normal ambient noise, or one with simulated loud airplane cabin noise.

Interestingly, the study authors found no significant differences in how the people rated the salty, sour or bitter tastes. But they found that in the loud noise environment, sweet taste intensity was rated as lower and umami taste was rated as more pronounced. The researchers say their study could be used to help develop better food for high-noises places, like airplanes, which aren’t known as ideal dining environments.

“An enhancement of umami could make foods rich in umami taste better,” says study author Robin Dando of the department of food science at Cornell University. “Tomato juice is packed with umami, and I’ve always wondered why it seems like everyone drinks it on planes; this could be a reason.”

The newest study is just the latest in a growing body of research that reveals a variety of surprising factors in our environment that influence how our food tastes. Here are some of the other recent discoveries.

We like food that makes noise: A research review in March suggested that how our food sounds when we eat it—like the crunch when we bite into a chip—influences how we think it tastes. Researcher Charles Spence, a professor of experimental psychology at Oxford University, who conducted the review, calls sound the “forgotten flavor sense.” Spence showed in his own prior research that people rate carbonated beverages higher when the sound of the bubbles popping is louder and more frequent. Researchers are still figuring out why we care about how our food sounds, but one possibility is that sound is an indicator of texture, which could signal quality. That could be important, for example, if you’re eating an apple — the crunch from a crisp apple tells you you’re eating a fresh fruit while the soggy sound of biting into a mushy one alerts you that it’s been off the tree too long.

We care about cutlery: A July study found that the weight and type of cutlery significantly influenced how much people liked their food, how artistically plated they thought their meal was, and how much they would be willing to pay for it. In the study, the researchers randomly gave diners either nice, banquet cutlery to eat with, or low quality cutlery that was used by the staff of the hotel where the meal was taking place. The nicer cutlery was associated with more satisfaction with the meal, a higher opinion of how the food was plated, and a greater willingness to pay more for it.

Our weight can influence flavor: A variety of studies suggest that not only does food taste different when we are dieting (people primed with guilt report enjoying candy more than control groups), but excess weight and obesity could actually dull taste buds. A 2012 German study of 193 children found that children who are obese have less sensitive taste buds compared to their normal weight peers. In general the obese children had a more difficult time distinguishing between different flavors. The researchers couldn’t conclude whether obesity somehow lowers taste bud ability, or whether kids with less sensitive taste buds are more likely to eat more because of their blunted sense of taste and gain more weight.

DNA may also factor in: Our perception of flavor clearly depends on a variety of factors, and our DNA may be one of them. Researchers at the National Institutes of Health have shown that people vary in genes related to the perception of sweet taste, and that such genetic diversity explains around 16% of the difference in how people perceive sweets. Researchers have also found similar variations in certain bitter taste receptors that could account for the range in bitter flavors perceived by people. 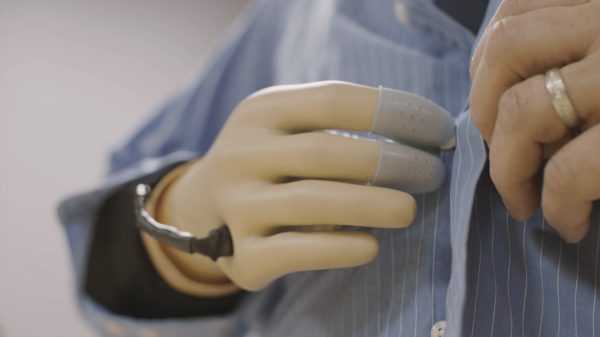 A Prosthetic Hand That Can Feel
Next Up: Editor's Pick