Ronda Rousey Says She Wants to 'Disappear for a While'

Ronda Rousey working out at in July 2015.
Jae C. Hong—AP
By Ashley Ross

Champion UFC fighter Ronda Rousey is ready for a time out. The fighter told Rolling Stone that “there’s nothing [she] would like to do more than disappear for a while.”

She’s fighting Holly Holm on Saturday in UFC 193, which she says will be her last fight for now.

“I would like to wait until UFC 200 to fight again. I’m going to be filming [movies] in the meantime, so I’m still going to be keeping busy,” she said. “When I’m filming it’s kind of weird, I’m on camera the whole time, but nothing really goes out until a year or two later. It is kind of like disappearing in a way.”

It seems like she could be taking a page out of Taylor Swift’s playbook; the singer announced earlier this year that she might take some time off at the end of her recent tour, saying, “I think people need a break from me.”

After all, Rousey’s a T-Swift fan at heart. 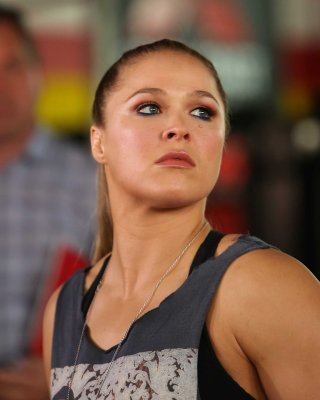 Ronda Rousey Wants to Dominate Boxing and Jiu-Jitsu Next
Next Up: Editor's Pick