Why Your Blood Pressure Might Actually Be Too High

Given the incessant public-health messaging about the harms of high cholesterol and the risks of carrying around too much body fat, Americans might think that the best way to a healthy heart is to lose weight and keep triglycerides in check. And while no one would argue that taking those steps wouldn’t benefit cardiovascular health, there’s new evidence that high blood pressure is the heart’s worst enemy.

The risks were reinforced by the results of a much anticipated trial called SPRINT, which had the medical community buzzing this month at the annual meeting of the American Heart Association (AHA) in Florida. The results, published Nov. 9 in the New England Journal of Medicine, call into question current blood-pressure recommendations and suggest that lower is definitely better–the lower the blood pressure, the better the outcome.

SPRINT–which stands for systolic blood pressure intervention trial–is the largest study yet to compare people whose blood pressure meets the currently recommended levels of below 140 mm Hg with people who dropped their measurements even further. Researchers randomly assigned 9,300 hypertensive patients over the age of 50 one of two systolic-blood-pressure goals–below 140 mm Hg and below 120. Systolic pressure is the first number in the ratio and reflects blood flow as the heart pumps blood to the rest of the body.

Those who aimed for the blood-pressure target of 120 had significantly lower rates of premature heart-related deaths and early deaths from any cause, with the most pronounced benefit for heart-related conditions–those in the 120 group reduced their risk of heart failure by 38% and deaths from heart problems by 43% compared with the other group. The difference was so dramatic that researchers stopped the trial two years early because they couldn’t justify keeping half the patients at the higher target.

“The general message here seems to be that lower seems to be better,” says Dr. Paul Whelton from Tulane University, chairman of the SPRINT trial. “Overall we deem that the benefits of the lower blood pressure far outweigh the potential for risk.” The risk can range from side effects of the medications for treating hypertension to the dangers of lowering blood pressure too far.

While major medical organizations will not change their guidelines overnight on the basis of one study–the AHA and the American Medical Association continue to recommend 140/90 or lower for most people and up to 150/90 for people over 60–the SPRINT results suggest that more people would benefit from lower blood pressure. Nearly 1 in 3 American adults has hypertension, and heart disease is the top killer for men and women. (Because systolic pressure has been linked most strongly to negative health effects, the SPRINT study focused on lowering that and not the bottom number of the ratio.)

Hypertension isn’t exactly a new entrant to the list of heart-harming culprits, of course. Doctors have known for decades that pushing blood pressure too high can strain the heart and blood vessels, priming people for heart attack and stroke. Data from population-based studies suggested that people with lower blood pressure have fewer heart problems and decreased rates of premature death. But what doctors didn’t know, says Dr. Jackson Wright, a professor of medicine at Case Western Reserve University School of Medicine and one of SPRINT’s investigators, is “whether treating those elevated blood pressures would in fact decrease risk of those complications.”

The SPRINT team found that it did. And that held true for people across age groups, gender and race.

The results will only stoke an already fierce debate over the optimal blood-pressure target. As recently as 2013, a group of experts recommended raising blood-pressure targets to 150 for people over age 60. The number, it turned out, was somewhat arbitrary. “No one believed that 150 was the optimal blood pressure,” says Wright. “It was just that it was lower than the much higher numbers they were seeing in the patients.”

But higher pressures for the elderly make sense when you consider that medical students were taught to add 100 to a patient’s age to get the optimal systolic BP. Experts used to think the upper number simply had to rise to compensate for the natural stiffening of the arteries that comes with age. Plus, lower blood pressure too far and the elderly might end up at higher risk for falls, dizzy spells and confusion.

Some experts are still concerned that very low BP could be a bad idea for older people. Dr. Clifford Saper, chairman of neurology at Beth Israel Deaconess Medical Center, says patients whose blood pressure has been adjusted too low to support blood flow to the brain are already seeing doctors because of fainting, dizziness and falls.

In SPRINT, the group that lowered pressure more aggressively did indeed show a 1% to 2% increased rate of these side effects, with the exception of falls. But higher-risk groups like the elderly did not show any greater rate of these negative effects than people at lower risk.

Many physicians have already been working with their patients to hit lower blood-pressure goals, and the new data may make them comfortable with being more aggressive. “We had a hunch that lower was better,” says Dr. Wayne Riley, president of the American College of Physicians, who was not involved in the study. “SPRINT validates that hunch. I think internists will embrace this with gusto in carefully selecting patients” to target lower levels.

The careful-selection part is important. The results of SPRINT do not mean that every person with hypertension should be dropping his blood pressure to under 120. Plus, to achieve those levels, it’s unlikely that lifestyle changes alone would be enough. It could take three to five antihypertensive drugs, as it did for many of the SPRINT participants, to reach those lows. Doctors will have to weigh the benefits of doing that against the medications’ side effects, which can include irregular heartbeat and painful leg cramps.

There are other unanswered questions, particularly about whether other groups–like those with a lower heart-attack risk–need to keep their blood pressure that low. So while SPRINT can help guide doctors’ decisions about some of their patients, it doesn’t mean that a new universal guideline for blood pressure is in order. Instead, it’s a good reason for every person to find out, with his doctor, where his blood pressure should be. 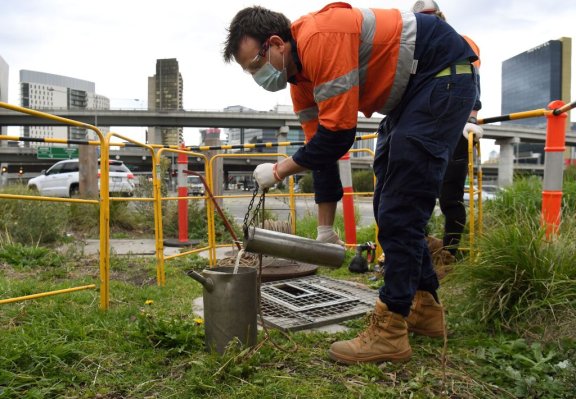