Searching for Signs of a Change in Charleston

I was out of town when news of the massacre back home at Mother Emanuel reached me. Mass shootings happen so often that I can barely absorb them—What campus? Where? No, that was Monday’s shooting—so mostly I let them pass me by, like shaking off a nightmare. Mother Emanuel was different. My wife and I had planned to spend a few days wandering the North Carolina coast, but with few words and no agenda we packed up the car and headed home to Charleston. As we drove, we listened to the news unfolding on public radio; the details only deepened our shock. This was a distillation of hate and evil, unspeakably sad.

Since any discussion of the massacre is essentially about race in America and, more particularly, race in the South, I should present my credentials up front. I speak from what is known today as white privilege. I am also a native Southerner, descended from slave owners who fought and lost (thank God) the Civil War. I grew up in Atlanta and spent many years working in New York, but for the past 16 years my family and I have called the Charleston area home. While we didn’t know any of the victims, we knew the church, having attended a gospel service at Mother Emanuel, where the Rev. Clementa Pinckney, the church’s slain pastor, had given us a stirring history of the church and its connection to both slavery and the civil rights movement.

At the time of the massacre, I had just finished interviewing Charleston Mayor Joe Riley for a profile I was writing connected to his retirement after 40 years on the job. A white Democrat in an overwhelmingly Republican state, Riley had earned the nickname Little Black Joe early in his tenure for often voting with the city council’s black members, for appointing a black police chief in 1982 and for pushing Charleston to become one of the earliest cities in the country to declare a holiday honoring Martin Luther King Jr. (South Carolina was the last state to do so.)

To many people from “off” (which is how native Charlestonians refer to anyone not born and bred in the low country), Charleston has become a favorite vacation spot, where historic architecture blends with trendy restaurants, fun bars and low-rise, low-density beaches on the Atlantic. But Charleston is also a very old American city whose fortunes from its founding in 1670 were built on slavery. At the time of the Revolution, it was one of the richest cities in the colonies, having grown wealthy from exporting rice, sea island cotton and indigo to En­gland. In 1861, South Carolina hotheads began the Civil War by opening fire on federal troops at Fort Sumter. And except for one influential dissent by a federal judge here that was quoted in the Brown v. Board of Education ruling that outlawed school segregation, the city’s stance throughout the civil rights struggle of the 1960s was virulently racist.

Most Charlestonians reacted to the massacre with horror. For it to unfold in a church, against a Bible-study group, struck at the very heart of how Charleston sees itself. Moreover, Clementa Pinckney—also a respected state legislator—was a pillar of the community, gunned down by a hateful little dropout from about 100 miles away in the midlands.

Then came the stunning transformational moment, a totally unexpected act of grace: families of the Emanuel victims stood before a public bond hearing to offer their forgiveness and ask the Lord’s mercy for the killer. Everyone else was calling for the death penalty, and here were these families, who were suffering deeply, offering forgiveness.

This was a callout for all people of faith. Congregants from white downtown churches built by slaveholding planters marched up to Mother Emanuel singing and holding vigil; churches across town and the South tolled their bells in unison at 10 the following Sunday morning; money poured into a fund for the church and its victims; a giant unity march came together on the biggest bridge in town. The Charleston police department, which has worked for decades to build ties in the African-American community, cashed in its goodwill and kept the peace. Governor Nikki Haley demanded that the Confederate battle flag—the overtly chosen symbol of the perpetrator—be removed from the grounds of the state capitol in Columbia. Long overdue, but as symbols go, no small thing.

As Riley notes, “That community believed we were horrified by this act and that we were going to do everything we could to apprehend and prosecute the perpetrator.” But he still cites as most important the families’ unbelievable grace. “That came from the faith of that church,” he says. “At Mother Emanuel they say the Lord’s Prayer and they mean it.”

If this were a morality play, the final scene would belong to the President of the United States. Barack Obama’s eulogy for Pinckney drew heavily on Scripture—especially the concept of grace, which he famously sang about—and was more forceful on the shameful state of race relations in our country than any speech he had previously delivered as President.

“For too long,” he said, “We’ve been blind to the way past injustices continue to shape the present … Perhaps this tragedy causes us to ask some tough questions about how we can permit so many of our children to languish in poverty … or attend dilapidated schools or grow up without prospects for a job or a career. Perhaps it causes us to examine what we’re doing to cause some of our children to hate.”

Obama spoke of not letting ourselves go back to business as usual, of not settling for symbolic gestures over more lasting change.

So now that the TV cameras have gone, do any signs of hope for meaningful change remain? I would say yes. And no. The persistent poverty of many African Americans in the low country obviously remains, along with disparities in education, health and housing resources. Yet most of the rhetoric in the recent mayoral race to succeed Riley focused on the issue of traffic, and the leading contenders were all white.

This attention gap is hardly unique. In looking for the yes answer, I have seen small but meaningful signs. The preacher at my own church—where men still on occasion wear kilts honoring their Scottish heritage—has charged the congregation to no longer look the other way when they witness casually racist behavior. My wife’s book club (all affluent white women) reordered their reading list: Frederick Douglass, W.E.B. Du Bois, Ralph Ellison and a book of King’s sermons. A longtime Republican friend of mine from one of Charleston’s oldest families threw his support—both publicly and financially—to one of the African-American candidates for mayor. He didn’t expect him to win, but he plans to get behind trying to make it happen next time. As I said early on, these are all just specks of light from the perch of white privilege, perhaps laughably weak to some. But I don’t see them as empty liberal gestures; most of these people aren’t even liberals. I think they reflect genuine intellectual interest, driven by emotional empathy, to better understand neighbors they have long taken for granted, underestimated or ignored.

Yet malice still lurks. Just the other day I noticed that someone had moored a decaying sailboat in the marsh at a narrow entrance to Charleston Harbor. Flying at half-mast was a tattered Confederate flag. My heart sank. But then I decided to take comfort knowing that this pathetic gesture was just one more sign that their side was losing. Again.

Huey, a Charleston-area resident, is a former editor-in-chief of Time Inc. 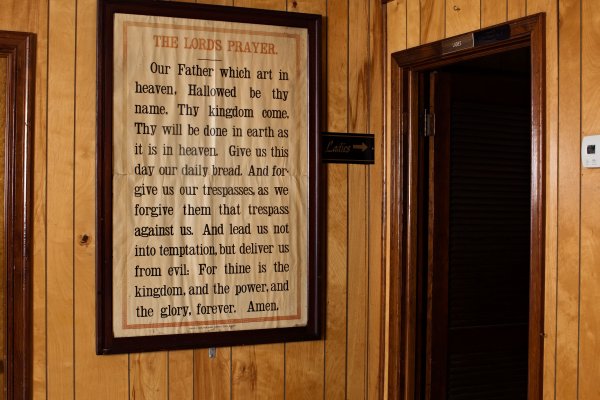 Why the Emanuel Gunman May Not Get the Death Penalty
Next Up: Editor's Pick