The Quality of Mercy

Some actions simply can’t be explained, only explored, their meaning shifting with the passage of time. First came the crime—a young man warmly welcomed into a church Bible study in Charleston, S.C., in June, only to pull out a .45–caliber handgun from his fanny pack and -methodically shoot one member after another, nine in all. Then, within 48 hours, came the plot twist, as surviving family members stood at a bond hearing and proclaimed mercy on his soul. Days later the bitter debate over the Confederate flag ended, flags disappeared like startled birds, and the country leaned back, relieved that an act of -violence meant to ignite a race war devolved instead into a pageant of amazing grace.

Except like all parables, this story was not over, as the lessons were more complex. The physics of mercy is a mysterious science, as David Von Drehle writes in his extraordinary account of what has happened in Charleston in the past five months. “Ultimately, this story is the who, what, when and why of forgiveness,” David says. “But to tell that story, we had to make a main character of Loss. The essay returns again and again—nine times in all—to reckon with this weighty presence, because we can’t really talk about forgiveness until we have a real feeling for the offense.”

After the shooting, I sent a pair of reporters to follow the unfolding story. Maya Rhodan and Jay Newton-Small arrived in Charleston on Aug. 2, rented an apartment and stayed through mid–September. They were there to learn as much as they could from the five people who survived as well as relatives of the slain. “We knew we couldn’t tell the story the way we wanted to—the way it needed to be told—without fully immersing ourselves in the community,” Maya says. “We went to every Bible study, every church service. We took tours, attended rallies and even drove the routes some of the victims took to and from work and home and church.” They conducted well over 150 interviews, some lasting two, three and even eight hours, some spread over a period of weeks. At night, they walked the streets of Charleston going over the interviews they’d conducted during the day, trying to make sense of the deeply personal stories they’d heard. Photographer Deana Lawson spent weeks creating portraits of those friends and family members, each coping in their own way with the challenges of grief, anger and forgiveness.

Jay’s experience as a reporter, including covering the war in Iraq and the Boston Marathon bombing, was deepened by another experience over the summer. “My father died the week before I left for Charleston,” she says, “which made grief and grieving very much on my mind, though I lost my father to a long battle with Alzheimer’s—nothing as tragic as these murders. It also made it hard not to cry when my interviewees cried—and they all cried, every one of them.”

The philosopher Ernest Renan said that nations must forget the past in order to forgive and move forward. But perhaps Charleston points to the opposite truth. A genuine understanding of our past and an honest reckoning of the way it shapes our present is the only answer to the hatred that compelled this crime. As Maya says, “Despite the pages and pages of information that we’d gathered, we couldn’t help but feel like our work wasn’t yet finished. The truth is, the story of Charleston and the Emanuel Nine is still being written.” 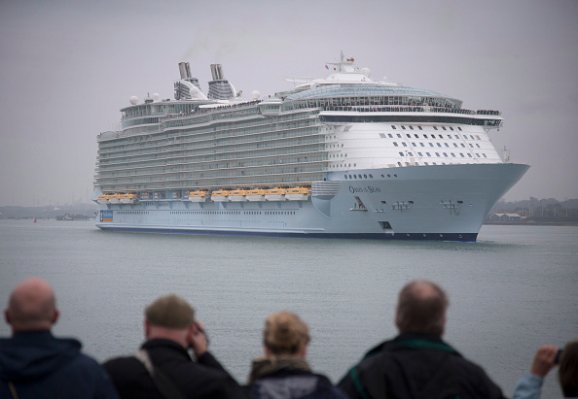 Man Who Went Overboard on Royal Caribbean Cruise Did Not Commit Suicide, Lawyer Says
Next Up: Editor's Pick