Will Smith in a scene from Concussion.
Melinda Sue Gordon—Columbia Pictures/AP
By Sean Gregory

Give Concussion, the upcoming film about the NFL’s tragic fumbling of its head trauma crisis, credit for surprising the viewer. Turns out that a movie starring pretty dry stuff—brain science, a doctor’s fight to prove his research mettle to peers and NFL corporate suits—can have some pretty terrifying scenes. That’s because the filmmakers, in select parts of the story, cede the stage to the actual victims of CTE, a devastating neurological disease with links to football head collisions. At one point Justin Strzelczyk, former offensive lineman for the Pittsburgh Steelers, screams while trashing his house. He says he’s hearing voices, puts his hands around his wife’s neck and threatens to kill her. Their two kids huddle in a corner, crying. He leaves; then we see Strzelczyk’s car, driving against traffic on a highway, explode after hitting a tanker.

The movie’s message is not ambiguous. Strzelczyk was diagnosed with CTE. This is the price of playing football.

Still, the NFL catches something of a break in Concussion, which hits theaters on Christmas Day. The descent of players like Strzelczyk and Hall of Famer Mike Webster, dirty and destitute, sleeping in his car and super-gluing his teeth together, get relatively little screen time. A more developed arc of these football lives could have crafted a more devastating movie: They went from Sunday glory to a very special kind of hell.

Instead, we get a Will Smith vehicle, though one that’s earning him some Oscar buzz. Smith plays Dr. Bennet Omalu, the real-life neuropathologist born in Nigeria, who discovers CTE in football players while working in Pittsburgh. The movie starts out as a whodunit: Omalu can’t figure out why Webster went so mad while his brain, on the surface, looks so normal. He pays for special testing out of his own pocket, to the objection of a Steelers-loving colleague in the coroner’s office who’d rather leave well enough alone. Microscopes and medical books build the tension until Omalu cracks the case. Football killed Mike Webster, Omalu says. Tau proteins, which choke the brain, are the bullets.

MORE Why We Need Hit Counts in Football

From there, Omalu faces off against the film’s bogeyman, the NFL, which goes all out to crush his findings. The league tries to discredit Omalu as a quack, even though, as we find out at the beginning of the film, he has about a dozen degrees. The racial overtones are clear: Who’s this African guy mucking with America’s passion? Omalu is harassed, and even receives a death threat. Two other doctors, played by Albert Brooks and Alec Baldwin, are Omalu’s champions. And being Brooks and Baldwin, they deliver a little levity to balance the dour subject matter. A love story, between Omalu has his future wife, feels like a checked box: A movie spotlighting brain proteins, head trauma, suicide must include some romance to stretch its appeal.

In the end, Omalu, the film’s hero, is vindicated. The NFL had to settle a class action lawsuit by retired players over the league’s handling of concussions, which could cost the NFL some $1 billion, and a punishing stat flashes on the screen: According to actuaries hired by the NFL as part of the settlement, nearly one in three pro players will suffer long-term cognitive problems.

The movie takes some liberties. For example former Philadelphia Eagles defensive back Andre Waters did not show up at NFL headquarters to beg Chicago Bears safety Dave Duerson, who served on the board that evaluated disability claims by former players, for help. (Both players committed suicide; both were diagnosed with CTE post-mortem; the disease can only be reliably detected after death.) But Concussion mostly sticks to the basic historical storyline. When asked for the NFL’s response to the film, a spokesperson emailed a statement, which read in part: “We welcome any conversation about player health and safety. Broader and deeper awareness of these issues will positively impact all athletes.”

The mere existence of this movie speaks to the years of NFL obstinance; the league has only itself to blame for any of film’s ill effects. Not that there will be many. While statistics point to declines in youth football participation, the NFL itself is still a moneymaking machine. It still, as Brooks’ character says in film, owns a day of the week, the one that used to belong to the church.

No movie—especially this one—will change that anytime soon. 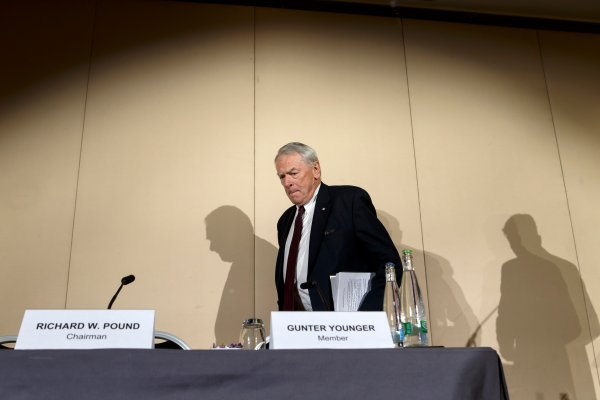