Air Force Applies a Band-Aid to a Sucking Chest Wound

Like doctors relying on leeches after Alexander Fleming discovered penicillin, Thursday’s action by the Air Force to punish missile officers who had cheated on tests, or their superiors, is a 20th century patent medicine for a 21st century wound.

The service, at a Thursday news conference, said it would cashier nine mid-level nuclear officers and will discipline scores of junior officers at Montana’s Malmstrom Air Force Base following a test-taking scandal that erupted there earlier this year. The colonel in charge of the base also submitted his resignation Thursday, along with most of his subordinate commanders, for their ignorance of widespread cheating on their watch. Similar cheating was not found at Minot Air Force Base, N.D., and F.W. Warren Air Force Base, Wyo.

“The best way to change a culture is to fire everyone down to about the O5 [lieutenant colonel] level, and replace them with people possessing the culture you want to instill,” says Tim Cerniglia, who served on a MX Peacekeeper crew at F.E. Warren in 1997-99 and says he remains in touch with currently-serving ICBM operators. “If [the punishment] is isolated to Malmstrom, then it is like excising a mole but ignoring the cancer. The rot goes much deeper than this.”

An older missileer agrees. “It’s implausible that missileer cheating was confined to Malmstrom,” says Bruce Blair, an Air Force launch officer during the 1970s who is now advocating for nuclear disarmament at Princeton University. “The Air Force is either in denial or it muffed the investigation. Cheating has been extensive and pervasive at all the missile bases, going back for decades.”

The Air Force maintained that such a broad cashiering of officers in charge of nation’s intercontinental ballistic missile force—450 ICBMs siloed at bases in Montana, North Dakota and Wyoming—was unprecedented. That may be true, as far as it goes. But the real issue is the lethargy that pervades the nation’s missileers since they’ve spent the past 20-plus years primed to attack… well, no one.

That’s the key: to keep the nuclear edge sharp, the U.S. military needs a clear, identifiable, acknowledged like-sized foe against which to hone it. Lacking such an enemy, the atomic blade, inexorably, will dull over time. It’s called, for lack of a better term, human nature. Let’s face it: Staring down the Soviets with the doctrine of mutually-assured destruction made a bizarre kind of sense during the Cold War, but those ICBMs are worthless when it comes to keeping Vladimir Putin’s troops out of Ukraine.

“I certainly picked up on spotty morale and micromanagement issues at all of the bases, and so did those who participated in our follow-on reviews,” Air Force Secretary Deborah Lee James says. “The drive to always score a hundred percent on exams when 90 percent was the standard, and the use of these scores in some cases as the sole differentiator on who got promoted and who didn’t, just seemed inappropriate to me.”

The probe concluded that 91 officers cheated, or tolerating cheating, at Malmstrom. “It showed various levels of involvement from officers who sent, received, solicited test material, or those who simply had knowledge about it but failed to report it,” Air Force Global Strike Command commander Lieutenant General Stephen Wilson said.

According to Wilson, the Air Force investigation revealed that:

The Air Force has identified more than a half-billion dollars in ICBM infrastructure improvements to be spent on “our Minuteman squadrons, ICBM helicopter support and some critical communications areas,” James said. 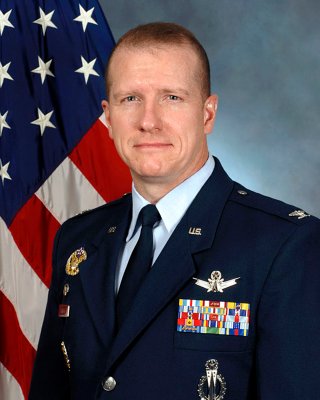