Toussaint performs at the New Orleans Jazz and Heritage Festival in New Orleans on May 7, 2011.
Patrick Semansky—AP
Ideas
By Jon Batiste

Jon Batiste is the bandleader of Jon Batiste and Stay Human, music director for The Late Show With Stephen Colbert, and Artistic Director at Large of the National Jazz Museum in Harlem.

I was studying classical piano as a fifth grader when my father sat me down on the couch and popped in an old VHS tape entitled Piano Players Rarely Ever Play Together. The film, made in 1982, was a portrait of three great New Orleans pianists spanning three generations: Isidore “Toots” Washington, Henry “Professor Longhair” Byrd, and Allen Toussaint. I had never seen anything quite like it. The trio wore suits with pocket squares, sported afros and Stetson hats and kept their sunglasses on indoors, all while playing pianos that were clearly out of tune. They had character and I knew I liked that. But it wasn’t until I revisited the film years later as a more serious piano student that I really understood the uniqueness of their sound. What captured me was how all of them, particularly Toussaint—who died Tuesday at 77—made the piano “speak.” This old tape made me fall in love with the unique timbre of a honky-tonk piano being made to moan and pulse, and inspired my love for the sound of the New Orleans piano tradition.

It was years later, as a sophomore at Juilliard, when I met Toussaint for the first time. It was at a performance in New York, and he came on stage wearing one of his signature pinstriped suits coupled with white socks and sandals to deliver a memorable set of music that spanned the history of the New Orleans piano tradition. He introduced each tune to the audience with colorful anecdotes, relating the music to the chronology of his life. His music had so much playfulness and depth, just as I had remembered it. He could conduct a rhythm section to percolate with a bubbly ferocity that inspired the audience to dance, his approach a blend of streetwise sensibility and high-brow sophistication. Consistent in character on and off stage, it was clear that Toussaint was not only a titan of a musician but also a gentleman with a classic style and elegance that demanded reverence.

In 2008, we played together for the first time during the NBA All-Star Game halftime show—on dueling upright pianos. It was a gathering of New Orleans pianists, and Allen and I were paired at the half court line, hearkening back to that old VHS tape. We performed his original hit “Yes We Can Can,” a song recorded by the Pointer Sisters in the 1970s. It was a socially conscious anthem and quite possibly a nod to Barack Obama’s campaign of that year (although I never confirmed that with him). After it was over, he gave me some words of encouragement.

The last time I saw Allen was this summer at the Newport Jazz Festival. As I was drenched in sweat and enthusiasm after my set, I spotted him backstage. “You are making us proud,” he said. “I am just trying to continue what you started,” I replied. Amidst the commotion backstage he suggested that we schedule a time meet in the near future to properly catch up. But I sensed that what he really wanted was the chance to thoughtfully share his experiences with me and play together. I could feel he believed in me.

We never got that chance. But I will strive to keep his music, influence and legacy alive in every honky-tonk note I play. 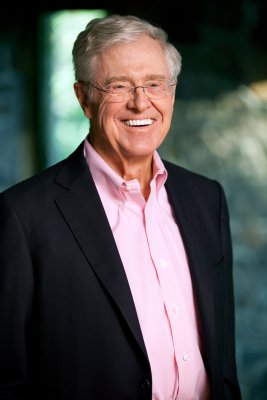 Charles Koch: 'We Are Doling Out Welfare for the Wealthy'
Next Up: Editor's Pick