Apple CEO Tim Cook has never been a fan of laptop-tablet hybrids — devices such as those made by Lenovo, HP, and others that can be used in either tablet or laptop mode. In 2013, he famously called PC makers “confused” at an event.

“The competition is different . . . they are confused,” Cook said on stage while standing in front of a criss-crossed traffic sign. “They chased after netbooks. Now they are trying to make PCs into tablets and tablets into PCs. Who knows what they will do next?”

Now, about two years later, Cook reiterated his thoughts regarding this product category when sharing his thoughts on Microsoft’s Surface Book.

“It’s a product that tries too hard to do too much,” he said when speaking to students at Trinity College in Ireland, according to Independent.ie. “It’s trying to be a tablet and a notebook and it really succeeds at being neither. It’s sort of deluded.”

The Surface Book is the first laptop Microsoft has ever made. Typically, the company supplies software to its hardware partners, which manufacture laptops, desktop computers, and tablets that run on Windows. This time, Microsoft developed and designed the laptop on its own. The laptop is a new device in Microsoft’s lineup to go along with the Surface tablets the company has launched over the past several years.

The Surface Book’s display can also detach from its keyboard to function as a tablet. However, it’s primarily a laptop while the Surface and Surface Pro are mainly tablets that can offer some of the benefits of using a PC.

Cook’s words come just as Apple has officially launched the iPad Pro — the company’s first large-sized tablet. It features a 12.9-inch screen, a faster processor than Apple’s other tablets, and it’s compatible with the new Apple Pencil stylus and a keyboard case.

The iPad Pro runs on iOS — Apple’s mobile software that’s designated for iPhones, iPads, and iPod Touch devices. Apple’s Mac family is powered by an entirely separate software called OS X, which is designed for desktop computing. Although the two types of software are capable of communicating (i.e. iMessages and notifications can be viewed on the Mac desktop), the ecosystems are separate. Meanwhile, the Surface and other similar products all run on Windows 10, which means the laptop, desktop, and tablet experience are all merged. 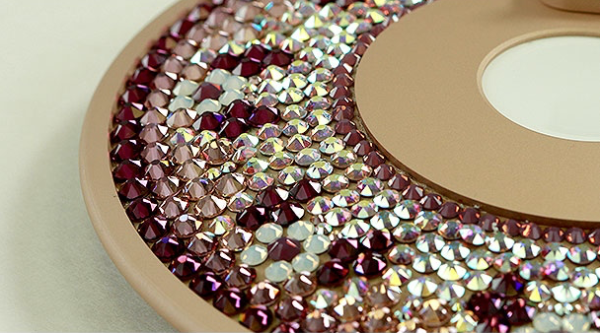 This is What a $5,000 iPhone Dock Looks Like
Next Up: Editor's Pick