An Android operating software icon sits on display with a Google Inc. logo at the Google booth at the Mobile World Congress in Barcelona, Spain, on Wednesday, Feb. 29, 2012.
Bloomberg /Getty Images
By Jason Cipriani / Fortune

Google is considering building its own Android smartphones, according to a report published by The Information.

If the report proves true, it would be the first time the company has built its own smartphone under the Google name. Google’s Nexus line has relied on hardware partners (most recently LG and Huawei) to develop and manufacture hardware released under the Nexus brand.

Google has always positioned its Nexus devices as a blueprint for other partner manufacturers, selling them directly to consumers through its website. Manufacturing its own phone would take the business to the next level.

Past Nexus devices have often bared a resemblance to smartphones already within each respective manufacturers’ portfolio. For example, the Motorola-made Nexus 6 was nearly identical to the 2014 Moto X, only much bigger. LG’s Nexus 5 shared similarities with the LG G2.

Arguably, Google’s biggest contribution to the Nexus project has been via software. Traditionally, the company has introduced the latest version of Android alongside each new Nexus device.

Despite having briefly owned smartphone manufacturer Motorola, Google never marketed devices released during that time as Google handsets. There was a clear divide set between Motorola, and by extension Android, in an effort to avoid disrupting the company’s relationships with hardware partners.

Google is already moving into making its own tablets, with the recently announced Android-powered Pixel C. The forthcoming tablet isn’t part of the Nexus program, meaning it’s not made in partnership with another company. Google representatives made it clear shortly after the announcement event, the Pixel C is a Google device from start to finish. When pressed on what the announcement meant for Nexus tablets, Google cast the Pixel C as an experiment of sorts.

Tuesday’s report comes shortly after The Information also revealed Google has approached chip manufacturers to find a partner willing to build processors and chips designed by Google for its Android platform. Given The Information’s recent reporting, perhaps it’d be more apt to consider the Pixel C an experiment to determine the feasibility of building a device from start to finish.

Why would Google want to take on the task of designing, sourcing, and manufacturing a smartphone? Control.

Apple has long touted the fact it controls its entire product as a differentiating factor.

The current state of the Android smartphone market is made up of tens of thousands of devices, made by thousands of companies. According to OpenSignal, in 2015 its Android app has been installed on over 24,000 different Android devices made by nearly 1,300 different manufacturers.

It’s in Google’s best interest for it to to slowly regain control over every aspect of the Android experience. Whether it’s deciding which apps come pre-installed on a device, the internal components that power the device, or the release of software updates, Android would benefit from Google having the ability to make those decisions on a much broader scale.

The company would also gain the ability to tackle the security challenges Android has long faced, while helping reduce added security risks introduced when one of its hardware partners customize Android. Google’s security research team recently detailed 11 security exploits in Samsung’s Android-powered Galaxy S6 Edge. Each of the security issues were introduced to Android through Samsung’s custom software running atop Android.

Google building a smartphone to call its own isn’t insane, nor is it even that far-fetched. Google has experience with building hardware (i.e., Chromebook Pixel, Google Glass) albeit on a small-scale. Combine its experience with the company’s brief tenure as owner of Motorola, and it’s hard to view Google as a company going into manufacturing completely blind.

According to the report, Google executives are “discussing” whether or not the company should build a phone. Given that, it’s not likely we’ll see Google announcing its first smartphone for some time.

I’d imagine Google would frame its newfound endeavor, should it ever come to fruition, as a natural progression of its Nexus platform. The company, it would claim, is simply expanding upon its blueprint approach to the Nexus line by creating the best device(s) possible.

All of this isn’t to say Google would stop working with its partners. But it will need to tread lightly as to not upset them. Doing so could conceivably force partners to look elsewhere. In Samsung’s case, Google releasing its own hardware could speed up the process of putting the company’s proprietary software, Tizen, on more devices.

Assuming Google is able to keep its partners happy, the new strategy would encourage manufacturers to put more thought into every aspect of their products and increase the quality of Android devices as a whole. Better said: everyone wins.

A Google spokesperson declined to comment when contacted by Fortune. 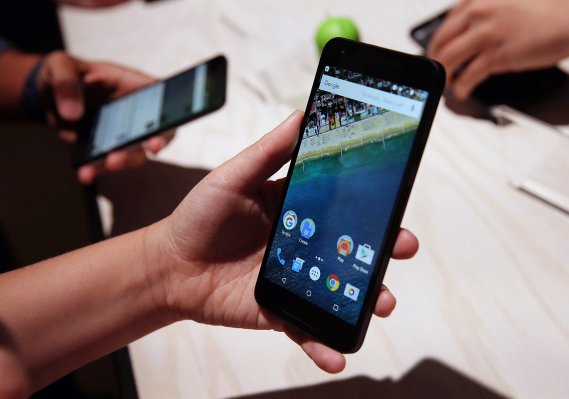 Don't Freak Out When a Smartphone App Asks for Permission
Next Up: Editor's Pick