The Kentucky senator challenged Rubio’s bona fides as a conservative for wanting to maintain funding levels for the military. “How is it conservative to add a trillion dollars in military expenditures?” he said. “You can not be a conservative if you’re going to keep promoting new programs that you can’t pay for.”

Rubio hit back by branding Paul an “isolationist,” listing a number of potential and current threats to national security that he argues justify the military budget.

“We can’t even have an economy if we’re not safe,” Rubio said. “There are radical jihadists in the Middle East beheading people and crucifying Christians. A radical Shia cleric in Iran trying to get a nuclear weapon. The Chinese taking over the South China Sea.”

The moment kicked off a winding pivot on foreign policy in the middle of the debate, which was set to focus on economic issues. Both Paul and Rubio serve on the Senate Foreign Relations Committee. 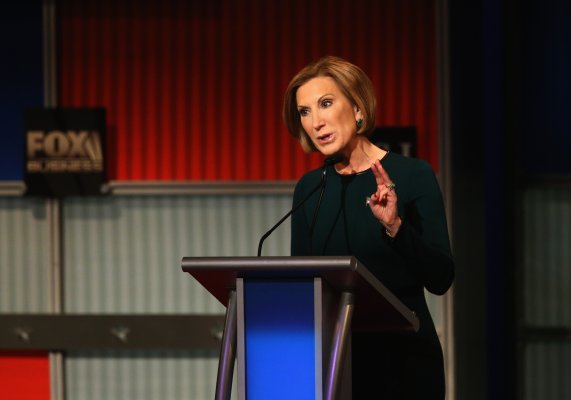 Watch Carly Fiorina Talk About Obamacare and Cancer at the GOP Debate
Next Up: Editor's Pick