Melissa Click, an assistant professor in the department of communication at University of Missouri, issued an apology for blocking reporters from documenting a protest against the school’s handling of racial issues.

Two videos posted online that quickly went viral showed Click trying to block a student photographer from approaching the activists in order to take a better picture and shouting at reporters that they had to “get out.” When the reporter she yelled at did not move, she yelled, “Who wants to help me get this reporter out of there? I need some muscle.”

Click’s apology was shared on the University of Missouri’s Twitter page. “I have reached out to the journalists involved to offer my sincere apologies and to express regret over my actions,” she wrote as part of a longer statement. “I regret the language and strategies I used and sincerely apologize to the MU campus community, and journalists at large, for my behavior, and also for the way my actions have shifted attention away from the students’ campaign for justice.”

David Kurpius, the dean of Mizzou’s lauded School of Journalism, said on Twitter that Click would likely lose her courtesy appointment in the journalism department (which is separate from the communications department) following her actions. Meanwhile, Click canceled classes on Tuesday after receiving death and rape threats, according to the Huffington Post.

Read Next: What Happened in Missouri Puts the Nation on Notice 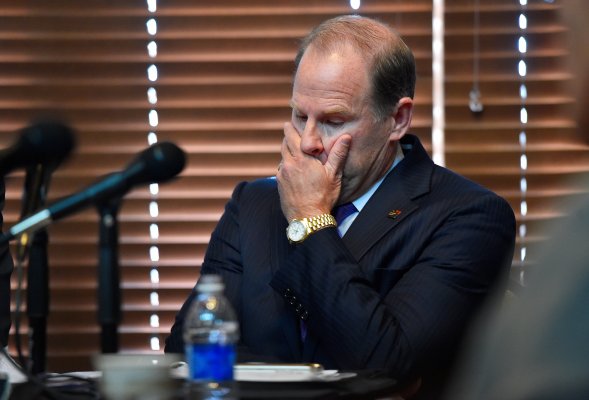 Missouri Journalism School Will Review Appointment of Professor Who Blocked Journalist
Next Up: Editor's Pick