On Tuesday, Dictionary.com added more than 150 new words, ranging from the gender-neutral honorific Mx. to the slang definition of random that makes old English sticklers pull their hair out. Here is a selection of the more than 150 entries that just went live.

asterisk: any factor or element that makes an otherwise outstanding achievement somewhat doubtful or less impressive.

Creative Commons: a set of various licenses that allow people to share their copyrighted work to be copied, edited, built upon, etc., while retaining the copyright to the original work.

digital citizen: a person who develops the skills and knowledge to effectively use the Internet and other digital technology, especially in order to participate responsibly in social and civic activities.

doge: an Internet fad or meme typified by an image of a dog of the Shiba Inu breed accompanied by very short phrases that humorously represent the dog’s imagined thoughts and use the wrong modifiers or shortened word forms, as “such dignified” or “amaze.”

drunk text: to send a text message to someone while intoxicated.

EGOT: the honor of winning at least one Emmy, Grammy, Oscar, and Tony in competitive rather than honorary categories.

facepalm: the gesture of placing the palm of one’s hand across the face, as to express embarrassment, frustration, disbelief, etc. (often used as an interjection).

Franken-: Slang. a combining form used before something that is a hybrid of disparate parts, and meaning “strange or frightening.”

Internet of Things (IoT): a network of everyday devices, appliances, and other objects equipped with computer chips and sensors that can collect and transmit data through the Internet.

IRL: in real life (in contrast with communication and interaction online or in a fictional situation).

KenKen: Trademark. a brand name for a numerical logic puzzle printed on a grid subdivided into clusters of squares, or cages, the object of which is to fill in the squares so that each column and row do not repeat digits, and all the numbers within a cage combine together using the specified arithmetic operation to equal a target number.

matchy-matchy: Informal. (of an outfit, décor, etc.) having colors or patterns that match or harmonize too closely.

Mx.: a title of respect prefixed to a person’s surname: unlike Mr., Mrs., or Ms., it does not indicate gender and may be used by a person with any or no specific gender identity.

nerf: Slang. (in a video game) to reconfigure (an existing character or weapon), making it less powerful.

neurodiversity: the variation and differences in neurological structure and function that exist among human beings, especially when viewed as being normal and natural rather than pathological.

random: Slang. a person or thing that is unknown, unidentified, or suspiciously out of place.

respawn: (of a character or item in a video game) to reenter an existing game environment at a fixed point after having been defeated or otherwise removed from play.

sapiosexual: a person who finds intelligence to be a sexually attractive quality in others.

shootie: Informal. a woman’s shoe that reaches, covers, or extends just above the ankle.

tabletop: noting or relating to a type of game that requires the physical presence of players and the manipulation of game pieces, as board games and some card games or role-playing games but not video games.

TBH: to be honest. 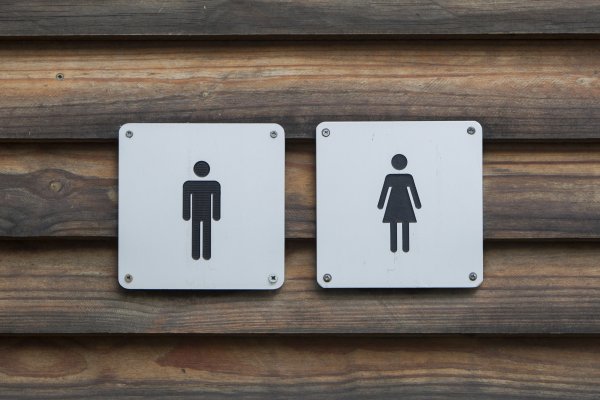 This Gender-Neutral Word Could Replace 'Mr.' and 'Ms.'
Next Up: Editor's Pick