The Original Reason the NRA Was Founded

A Union infantryman in uniform, carrying a large rifle and bayonet, during the U.S. Civil War
Hulton Archive / Getty Images
By Lily Rothman

Today and for the last fifty years or so, the National Rifle Association has been a powerful political group best known for its staunch defense of Americans’ rights to bear arms. When it was granted a charter by New York State on this day—Nov. 17—in 1871, it had a very particular reason for coming into being.

As TIME’s Richard Lacayo explained in a 1990 feature about the group, “The N.R.A. was founded in 1871 by a group of former Union Army officers dismayed that so many Northern soldiers, often poorly trained, had been scarcely capable of using their weapons.”

The original call for the organization of such a group came from an article by Col. William C. Church in an August 1871 issue of the Army and Navy Journal. In it, he cited the success of Britain’s National Rifle Association and its—confusingly named, at least to modern readers—Wimbledon riflery tournament range: though he had originally believed that the National Guard ought to organize such a club, he would turn to private enterprise for speed’s sake. “An association should be organized in this city [New York] to promote and encourage rifle-shooting on a scientific basis. The National Guard is to-day too slow in getting about this reform,” Church wrote. “Private enterprise must take up the matter and push it into life… The subject has already been presented to several enterprising officers and ex-officers of the National Guard, and they have been found enthusiastic in the matter. It only requires hearty co-operation and an actual start to make the enterprise successful.”

“The prosperity of [the British] association should be an incentive for the immediate formation of one of a similar character in this country,” he concluded. “Let us have our rifle practice association, also a Wimbledon on American principles.”

The group, led initially by Church and Gen. George Wingate, quickly set about addressing the problem of producing better American marksmen, holding their first Wimbledon-esque tournament in 1873. “Sixty-seven years ago, when the National Rifle Association held its first tournament, sportsmen ran the show,” TIME reported in 1940, by which point there were more civilian rifle clubs in the U.S. than there were golf clubs. “But in 1903, when Congress recognized the N. R. A. and appropriated funds to help stage a bigger, broader tournament, the national rifle and pistol matches became the War Department’s baby. Today, through the National Board for the Promotion of Rifle Practice, the War Department spends $500,000 a year to conduct the Camp Perry matches—sending to the tournament, in addition to picked marksmen from each branch of the service, civilian and National Guard teams representing each State in the U. S.”

Read the full 1990 story, here in the TIME Vault: Under Fire 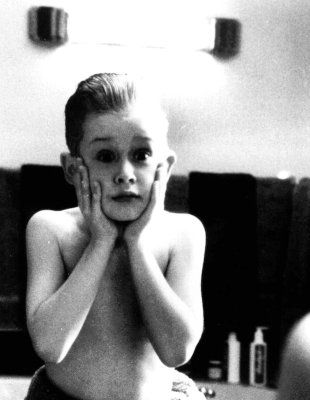 How John Hughes Came Up With 'Home Alone'
Next Up: Editor's Pick