Why People Were Scared of IUDs

More women are using long-acting forms of birth control, according to new federal survey data released Tuesday, which found 11.6% of women who used birth control in the U.S. in 2011-2013 opted for long-acting reversible contraceptives (LARC) like intrauterine devices. That figure was close to double the percentage found in 2006-2010, when 6% of women reported using the methods.

Those numbers are notable because women in the United States have been slower to choose IUDs compared to women in other countries, as TIME previously reported in June 2014. A large part of that is due to widespread misconceptions that persist from versions of the IUDs that caused problems back in the 1970s.

MORE: Why The Best Form of Birth Control is the One No One is Using

IUDs started emerging in the U.S. in the 1950s, and an early version of the IUD called the Dalkon Shield rose to popularity in the early 1970s, reaching sales in the millions. Unlike the T-shaped IUDs available today, the Dalkon Shield looked a bit like a beetle, with nobs sticking out on both sides. It was considered by some to be difficult to insert, and as TIME reported back then, there were cases of incorrect placement, IUD failure, infections and pregnancy. Misinformation about whether the Shield needed to be removed if a woman got pregnant—it did—also led to serious infections. According to various reports, there were more than a dozen cases of women who died after miscarrying with a Dalkon IUD still inside them. In addition, the Dalkon device was linked to a painful condition called pelvic inflammatory disease (PID) which can be linked to infertility.

In 1974 the Department of Health, Education and Welfare ordered over 3,000 federally funded family-planning clinics to stop prescribing the Dalkon Shield, which was used by more than 3 million women at time, TIME Magazine reported. The organization also asked private physicians not to recommend it until concerns about safety and effectiveness were addressed. Plagued with lawsuits, Dalkon Shield manufacturer A.H. Robins Co. pulled the product, and a few years later filed for bankruptcy. The company even alerted women that they should have the product removed in an expensive media campaign. In 1984, TIME reported that hundreds of women got their IUD removed and the company had offered to pay those bills.

“The Dalkon Shield case may turn out to be the worst liability nightmare that a U.S. drugmaker has suffered,” TIME wrote in 1985.

By 1986, with customers afraid to use them and manufacturers afraid of potential liability costs if something went wrong, virtually no IUDs were available on the U.S. market.

Some public health experts at the time were still upset that all IUDs disappeared. In 1986, Dr. Louise Tyrer of Planned Parenthood told TIME, “In the past, inferior products have been pulled off the market. Now superior products are being abandoned because of high insurance costs.’’ In the same story, Dr. Bruce Stadel of the National Institutes of Health told TIME a pharmaceutical company “would have to be altruistic to the point of suicidal to market an IUD today.”

Nevertheless, new versions of IUDs did make it back to market, including the versions available to women today. Use has slowly, but significantly risen. As the new data from the National Center for Health Statistics shows, among women using LARC, 10.3% reported using an IUD and 1.3% used an implant.

Experts say the misconceptions over whether IUDs are safe for all women persist from decades ago, with some physicians holding concerns that the IUDs of today may have the same flaws—but other medical groups have given it approval, and recommend LARC as first-line birth control methods. 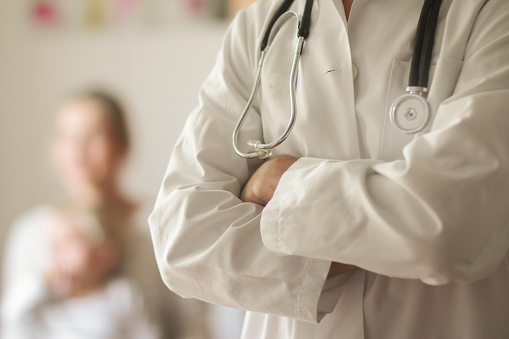