Michael Phelps talks with the media during the 2015 Phillips 66 National Championships in San Antonio, TX on Aug. 7, 2015.
Ronald Martinez—Getty Images
By Justin Worland

Olympic superstar Michael Phelps opened up about his DUI arrest and his attempt at a comeback for a Sports Illustrated profile.

“I was in a really dark place,” Phelps said of the time after his arrest last year. “Not wanting to be alive anymore.”

The profile, which includes interviews with Phelps’ close family and friends, also details the superstar’s trip to a rehabilitation facility and the turmoil within his family. Phelps, the most decorated Olympian of all time, plans to return to the Olympics for one last appearance in 2016. 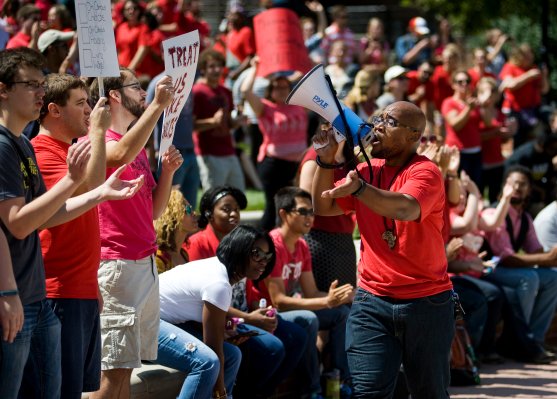 How College Athletes Toppled Missouri's President
Next Up: Editor's Pick