Hillary Clinton speaks on stage during a rally after filing paperwork for the New Hampshire primary in Concord, NH on Nov. 9, 2015.
Scott Eisen—Getty Images
By Sam Frizell

Hillary Clinton will announce on Tuesday a detailed plan to address widespread barriers veterans face in getting healthcare and reintegrating into daily life once they return home.

The plan, which Clinton will discuss at a roundtable discussion in New Hampshire, comes after deep-seated waste and barriers to care were exposed at the Department of Veterans Affairs and a day ahead of Veterans Day.

Clinton’s proposal will seek to address long wait times and mismanagement at the VA, according to a preview provided by a Clinton campaign aide. The former secretary of state plans to focus on improving the management within the Department of Veterans Affairs and streamlining the VA’s notoriously sclerotic bureaucracy, which critics have said prevents veterans from getting fair treatment.

“Secretary Clinton believes that supporting our veterans is a sacred responsibility,” the plan said. “Yet too often, we as a nation failed to uphold our end of the bargain.”

As president, Clinton would encourage whistleblowing at the VA and more strictly hold employees accountable through reviews. Clinton would also focus more of the Veterans Health Administration care on injuries related to veterans’ service, like head trauma or prosthetics, for example.

She would establish an oversight board, encourage the VA to coordinate private sector care in cases of long wait times, hold a weekly meeting of top officials in the Oval Office and streamline the electronic health record system. Clinton would also increase funding for mental health providers and expand related treatment.

Clinton would also seek new legislation to update the GI Bill, solidify existing benefits and repurpose job approaches for work at coding academies, entrepreneurship programs and others. She would seek new ways to connect the VA with leading businesses and universities, and encourage more hiring of vets in the private sector. She would also enact a plan to stop for-profit colleges from targeting veterans, a proposal she announced earlier this year.

To end veteran homelessness, she would increase resources for public-private partnerships that help vets. Her plan also would modernize some of the norms at the VA, including recognizing the service of discharged LGBT veterans and improving women’s healthcare at the VA.

Clinton’s plan is not a radical one. Many veterans have called for additional measures like mortgage relief, expanding and increasing the GI Bill rather than just preserving it, establishing an earned income tax credit for veterans and a more fundamental overhaul of the VA.

“It is evolutionary, absolutely not revolutionary in any way shape or form. It’s not going on a limb or proposing anything particularly daring,” said a senior military officer with several combat deployments who is also a former White House staffer. Further-reaching ideas, the officer said, “would have been hard to sell from an economic standpoint, but they would have lent Clinton a lot of credence in the veterans community at large.”

Clinton has come under some criticism in recent weeks for saying in an Oct. 23 interview with MSNBC that some of the problems at the VA are overstated. “You know, I don’t understand why we have such a problem, because there have been a number of surveys of veterans, and overall, veterans who do get treated are satisfied with their treatment,” Clinton told Rachel Maddow.

Clinton went on later in the interview, however, to say that any wait times were “unacceptable” and that “there’s something not working within the bureaucracy.”

But Republicans quickly fired at her for her remarks. “When it comes to life-and-death problems facing our veterans, Hillary Clinton is simply out to lunch,” Michael Short, a Republican National Committee spokesman, said last month.

In her white paper on vets released Tuesday, Clinton’s campaign appeared to walk back her comments on MSNBC, saying she would address some of the issues at the VA head on.

“Long wait times for health care, crippling claims backlogs, and lack of coordination among agencies represent government at its worst,” according to the plan provided by the Clinton aide. “Secretary Clinton recognizes the gravity of these challenges, and as President will pursue a veteran-centric reform agenda that tackles problems head-on and revitalizes the VA.”

Clinton is not the first to unveil a plan for veterans services. Former Maryland Gov. Martin O’Malley over the weekend released a detailed plan that shares some details with Clinton’s including a tech overhaul at the VA and improved treatment for LGBT service members. Vermont Sen. Bernie Sanders played a major role in passing a bill that included $5 billion for the VA to hire more doctors and other health care professionals. 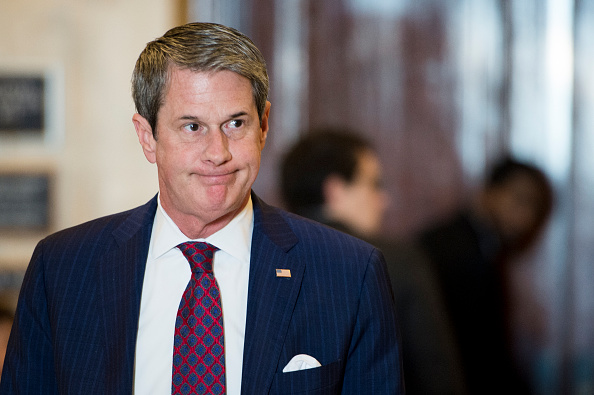 Republican David Vitter Battles Prostitution Scandal in the Bayou
Next Up: Editor's Pick