Reese Witherspoon on Hollywood Sexism: 'Ambition Is Not a Dirty Word'

Reese Witherspoon speaks at the 2015 Glamour Women of the Year Awards on Nov. 9, 2015 in New York.
Larry Busacca—Getty Images
By Jeff Nelson/People

The actress, 39, addressed the work that still needs to be done in the industry while accepting her award at Glamour‘s annual Women of the Year fête Monday in New York, where she was honored for her production company Pacific Standard and fashion line Draper James.

In an impassioned speech, Witherspoon called out everything from ageism to sexism in the entertainment industry.

She started the company after receiving some advice from her own mom: “My mother, a very strong Southern woman, said to me, ‘If you want something done, Honey, do it yourself,'” Witherspoon said.

Not that it’s been easy. When some tried to discourage the Oscar winner from creating more female-focused films, she had a Legally Blonde moment.

“Films with women at the center are not a public service project. They are a big-time, bottom line-enhancing, money-making commodity,” she said, citing two of her company’s box office smashes: Gone Girl and Wild.

“Ladies and gentlemen, I think we are in a cultural crisis in every field, in every industry. Women are underrepresented and underpaid in leadership positions,” Witherspoon added toward the end of her speech. “No wonder we don’t have the healthcare we deserve or paid family leave or public access to early childhood education. And that really worries me. How can we expect legislation with our rights and needs being preserved if we don’t have equal representation?”

Then, ending her remarks, she challenged the predominantly female-filled audience: “I believe ambition is not a dirty word. It’s just believing in yourself and your abilities. Imagine this: What would happen if we were all brave enough to believe in our own ability? To be a little bit more ambitious? I think the world would change.” 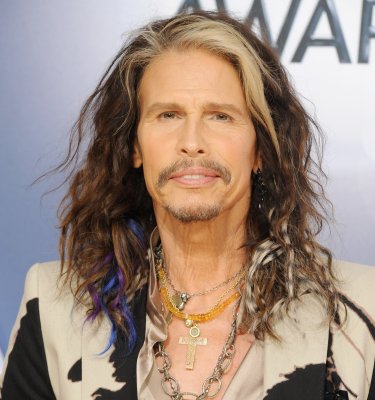