Crowds sit in front of Amedeo Modigliani's "Nu couche" during the "Artist Muse: A Curated Evening Sale" at Christie's in New York on Nov. 9, 2015.
Timothy A. Clary—AFP/Getty Images
By Sarah Begley

A nude by Amedeo Modigliani sold for $170.4 million at Christie’s on Monday, becoming the second most expensive painting ever sold at auction, according to the New York Times.

The work, “Nu Couché,” becomes one of 10 artworks ever to surpass the $100 million figure, a list that includes three works by Pablo Picasso and three by Alberto Giacometti.

The auction house need not have been concerned that the painting might be too sexual for some collectors, the New York Times reports; it’s in good company with the all-time top-selling painting, Picasso’s “Les Femmes d’Alger (Version ‘O’),” which is equally revealing (if less realistic). 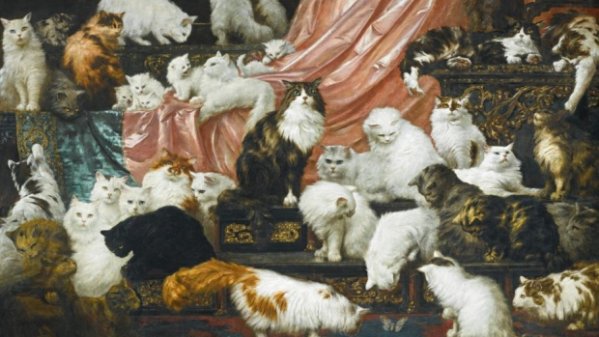 World's Largest Cat Painting Sells for $826,000
Next Up: Editor's Pick