It was exactly a century ago Monday that the U.S. Patent Office granted design patent No. 48,160 to the Root Glass Company of Terre Haute, Ind.

The design patented Nov. 16, 1915 is still recognizable today: the Coca-Cola bottle, one of the first examples of a beverage company differentiating itself by its packaging. The original patent is currently on display at the National Archives Museum in Washington, D.C.

Of course, Coke itself is much older than the iconic bottle. As TIME explained when Coca-Cola Company founder Asa Candler was ailing in 1926, Candler was working in a drugstore in Atlanta in the late 1880s when he decided to begin selling a product called Coca-Cola, invented by one Dr. Pemberton. By the end of the decade, Candler had a stake in Pemberton’s business; by 1900 he owned it outright.

Though the original product was called Coca-Cola, it didn’t then come in the iconic bottles for which the product would become known. The unit of measurement for Coke was glasses, dispensed at a soda counter. In 1926, Americans drank, per TIME, 7 million “little brown glasses” a day.

The need for uniform packaging, however, was clear.

And once the bottle was introduced, Coca-Cola made sure that it really was uniform: as international bottling plants opened around the world, manufacturers were warned against “Bums (bottles so disreputable that they must be discarded), Crocks (bottles chipped on the bottom) and Scuffles (bottles chipped around the trademark),” TIME noted in a 1950 cover story about the company’s spread around the globe.

But that’s not to say that the bottle was the same one represented in the original patent application: the bottle in the drawing would have been so heavy on top that it couldn’t stand up. When Coca-Cola introduced its bottles in 1916, a year after the patent was granted, the design had been slightly modified—but the iconic curves in the original patent are still recognizable today.

Read TIME’s 1950 cover story about Coke’s success around the world, here in the TIME Vault: The Sun Never Sets on Cacoola 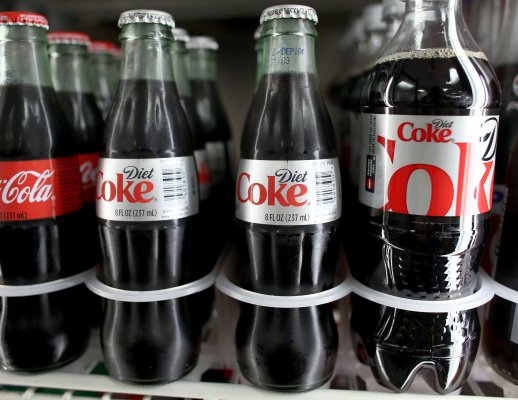 Hug a Diet Coke Drinker, Because They're Going Extinct
Next Up: Editor's Pick